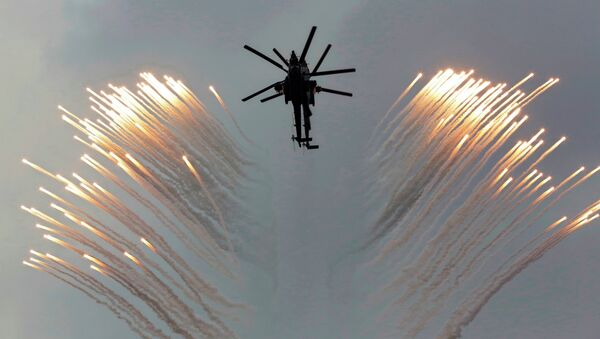 © AP Photo / Max Vetrov
Subscribe
Earlier it was reported that the advanced high-speed combat helicopter (PSV) was under development, but it was unclear whether it would be an attack chopper or would be used as military transport.

As reported on Monday by Commander-in-Chief of the Russian Air Force Viktor Bondarev, the PSV is expected to put into commercial production by 2022. The military chopper can reach speeds of up to 500 kilometers per hour (311 miles per hour).

"At present, projects on the Mi-28NM, Ka-52K, Mi-26T2 [helicopters] are being realized, and work on an advanced high-speed combat helicopter has started," Kozlov said in an interview with RIA Novosti.