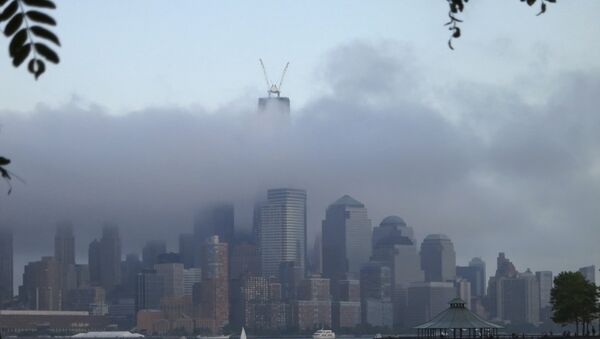 © REUTERS / Gary Hershorn
Subscribe
New York Governor Andrew Cuomo has urged all New Yorkers to create an emergency plan that could be activated in case of a natural or man-made disaster.

NEW YORK, (Sputnik) – Residents of the US state of New York are urged to create an emergency plan that they can activate in the event of a natural or man-made disaster, New York Governor Andrew Cuomo said in a statement.

“When disaster strikes, we want all New Yorkers to be prepared and ready to respond,” Cuomo said Tuesday. “By planning ahead and taking a few simple safety steps, we can all be ready for unpredictable weather condition and emergencies.”

New York Governor to Meet Puerto Rican Officials Amid Debt Crisis
Cuomo’s announcement comes as New York marks Preparedness Month for the duration of September. Throughout the month, the US Division of Homeland Security and Emergency Services and the US National Guard are offering training courses to residents to better prepare for emergencies.

In addition to forming an emergency plan that can help protect individuals, families and businesses in times of a crisis, Cuomo also urged citizens to prepare a portable, emergency supply kit containing enough food, water, medications and other consumables to last seven to ten days.

“These recommendations can help save lives and reduce suffering in the event of a disaster,” Cuomo’s office stated.

Pentagon Grants New York $110Mln for New Laser Institute
Hurricane Sandy, which affected much of the greater New York City area in 2012, left nearly 8 million people in the area without power, placed approximately 20,000 persons in shelters and resulted in 71 deaths in New York State alone, according to the US Centers for Disease Control.

The storm was the second-costliest hurricane in US history, according to the US Federal Emergency Management Agency.

A 2013 study by the US National Oceanic and Atmospheric Administration found that climate-change related increases in sea level have nearly doubled today’s probability of a Sandy-level flood recurrence as compared to 1950.