Arctic Fishing Should Not be Allowed Without Scientific Study - EU Official 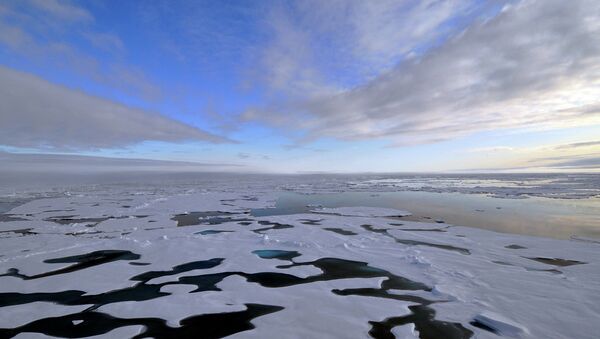 © Flickr / US Geological Survey
Subscribe
International
India
Africa
The director of EU maritime affairs and fisheries told Sputnik that fishing in the Arctic Ocean should not be permitted until scientific data on the region is obtained. The EU will invest some 200 million euro in research by the end of the decade.

US, Russia to Sign Bilateral Agreement to Combat Illegal Fishing
ANCHORAGE (Sputnik), Liudmila Chernova — Fishing in the Arctic Ocean should be restricted until more scientific data on the region is available, the director of EU maritime affairs and fisheries told Sputnik.

“It’s probably a good way forward to limit all activity momentarily until there is scientific information available about the possibilities,” Director of International Affairs and Markets, Directorate-General for Maritime Affairs and Fisheries of the European Commission Stefaan Depypere said Monday on the sidelines of an international Arctic conference in Anchorage, Alaska.

In July, five Arctic countries, including Russia, the United States, Norway, Canada, Denmark signed a declaration aimed at preventing unregulated commercial fishing in the central Arctic Ocean. The countries also stated their intent to establish a joint program of scientific research to improve understanding of the region's ecosystems.

“Russia is one of the Arctic five who have set a voluntary moratorium on fishing in the Arctic. And so that, that is probably the basis which has been approved by the European Union,” Depypere added.

World
'In the Same Boat': Cooperation in Arctic 'Should Be Depoliticized'
US Deputy Assistant Secretary for Oceans and Fisheries, Ambassador David Balton, announced at the conference on Monday that the United Stated will host international talks on restricting fishing in the Arctic in the first week of December. Besides the five Arctic nations that have signed the Declaration to Prevent Unregulated Fishing in the Central Arctic Ocean, the United States will invite the European Union, Iceland, China, Japan, and South Korea to participate in the conference.

Although commercial fishing is not currently occurring in the area, due to climate change and the reduction of the Arctic ice-shelf the declaration serves mainly as a precautionary measure.

Global warming is opening up previously inaccessible areas of the Arctic Ocean to potential commercial opportunities, including oil and gas exploration, shipping, transportation and fishing.

The European Union will invest some 200 million euro ($225 million) in researching the Arctic region by the end of the decade, Depypere told Sputnik.

"I think towards the end of this decade, we will invest another two hundred million euros in Arctic research," he said.

Depypere noted that the European Union has already invested some 200 million euro over the last couple of years.

He added that the bloc currently runs various scientific research programs, but he did not know the specifics of the projects that would receive the new funding.

World
US Proposed International Agreement to Prevent Unregulated Arctic Fishing
"I don’t know exactly which projects that [investment] would be in. That is related to climate change, that’s related to various types of observations but I am not aware in detail of what we have on the program," he said.

The Arctic shelf is believed to hold enormous deposits of oil and natural gas. Five countries bordering the area are particularly interested in the wealth of the Arctic region, including Russia, the United States, Canada, Norway, and Denmark.

Some 20 countries and hundreds of policy makers, diplomats and scientists took part in the Global Leadership in the Arctic: Cooperation, Innovation, Engagement and Resilience (GLACIER) conference in Anchorage, Alaska, on August 30-31.