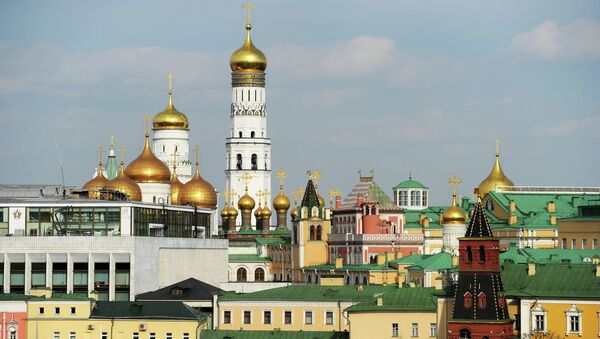 In 1990, Western leaders promised NATO would not continue its expansion to the East, but it was a lie. The primary goal of the military alliance was to encircle Russia, and the last target in its game was Ukraine, where the United States installed its puppet government and ruined the economy, the website Alles Schall und Rauch wrote.

Russia should not trust American politicians as the latter do not keep their promises, Alles Schall und Rauch wrote.

A good example of this is Washington’s broken promise to stop NATO expansion eastward. In 1990, the Soviet leadership headed by Mikhail Gorbachev agreed to the reunification of Germany only under the condition that after the dissolution of the Warsaw Pact the Western alliance will not expand to the East, the article said.

EU Cannot Seek Constructive Relations With Russia Amid NATO Expansion - NGO
During a meeting with Mikhail Gorbachev in 1990, former US Secretary of State James Baker promised to guarantee “no extension of NATO’s jurisdiction for forces of NATO one inch to the east” if the Soviet Union would agree on Germany's membership in NATO as a united country.

However, what really happened is that all the countries of the former Eastern Bloc and the Baltic states joined NATO. Moreover, the alliance is seeking to expand its influence to Ukraine and Georgia, which can be justifiably viewed by Russia as a "pure provocation," the article said.

The expansion of NATO to the East, the deployment of missile systems in Poland, modernization of nuclear weapons in Germany, and the intensive growth of armaments in Eastern Europe — all this can be seen as proof of NATO’s intent to encircle Russia, the author wrote.

"The Americans did not keep these promises, and the Germans did not care," Gorbachev said in an interview with the German newspaper Das Bild.

According to the author, the United States acts under the pretext of so called “humanitarian missions,” but in fact seeks to overthrow legitimate authorities and put puppet governments in countries like Libya, Syria or Ukraine.

"In Putin’s place, I would not believe anything that Washington and its European vassals say,” the author wrote. “Recent events showed that the political caste of the West mainly includes cunning swindlers, liars and war criminals," he added.