Greeks Should 'Put Hands Deeply in Their Pockets' to Pay $27.6 Bln Taxes 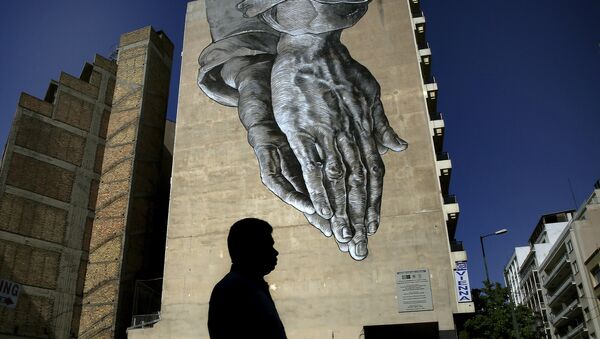 "Since Monday [August 31], and up to February 2016, the taxes totaling 24.7 billion euros, of which 12.3 billion is VAT and excise tax, will be paid," the Greek Kathimerini newspaper said.

The taxpayers will have to "put a hand deeply in their pocket" due to poor management at the Ministry of Finance which has led to increased taxes, creating significant problems for households and business, the newspaper said.

Lagarde: Debt Cancellation for Greece Was Never Discussed
The tax rate, increased to 13 percent from the previous ten percent, forces Greeks to pay an additional 47 million euros in tax declarations, the newspaper claimed.

According to Kathimerini, if taxpayers started paying in February, the allocation would be correct, but the prospect of elections "did not allow" this.

Greeks must also pay a so-called solidarity tax as well as taxes on salaries and pensions amounting to about 2.3 billion euros by the end of the year. In addition, in December they will have to pay 1.1 billion euros of automobile taxes for 2016.