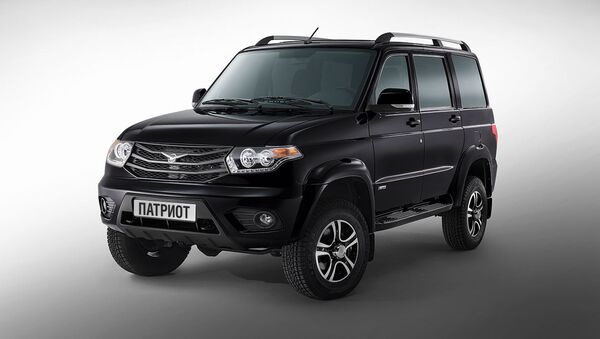 The CUV features the familiar styling details of its Vesta sedan cousin, which is scheduled to go on sale next month, including a similar front end design, familiar tail lamps and a similar, albeit modified, interior. 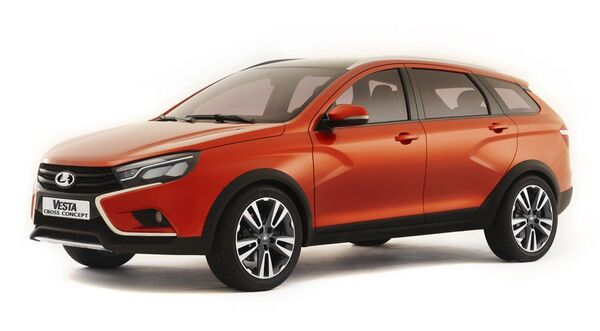 View of the Lada Vesta Cross concept. The design cues from the new Vesta family of vehicles are unmistakable.
© Photo : ladavesta.net 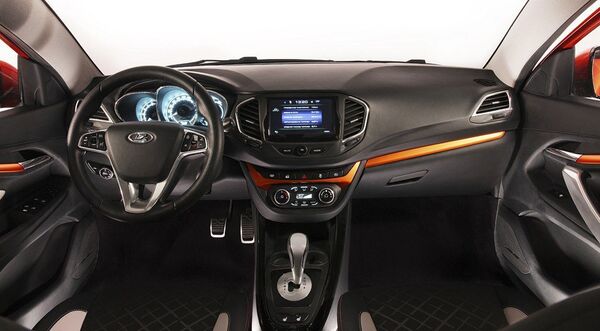 The Cross concept is built on the same Lada B platform, co-developed by AvtoVaz and Renault-Nissan, used by other Vesta designs. The Cross edition of the Vesta design is expected to appear in late 2016 or early 2017, and is believed likely to feature the same powertrain options as the other vehicles in the family, ranging from a 1.6 liter, 106-114 horsepower engine to a 1.8 liter 122 horsepower power plant. Transmission options are expected to include a 5-gear stick shift, semi-automatic and fully automatic transmissions.

Another Lada concept, the XRay CUV, was also present at the show; this model is further along in its development, with sales expected to begin early next year.

Futuristic Lada Vesta Revs Up to Hit the Roads in Russia
Russian automotive enthusiasts have high hopes for the Vesta family of vehicles, with some commentators already calling the sedan model, previewed earlier, "the best Russian car of 2015." Hatchback and estate versions are expected next year. The company plans to produce around 120,000 vehicles a year when production is fully up and running.

The Vesta sedan, going on sale in late September, will feature multiple power train packages and trim levels, with the base model expected to start at roughly 500,000 rubles (about $8,700 US).

At the show, AvtoVAZ also offered visitors the ability to test drive several of its most popular vehicles, including the compact multi-purpose Lada Largus, the supermini Lada Kalina Cross, and the legendary Lada Urban 4x4, the company's current branding for the legendary Lada Niva off-road vehicle.

Another vehicle making waves at the show included the new UAZ Patriot, an update on the company's successful mid-size SUV. 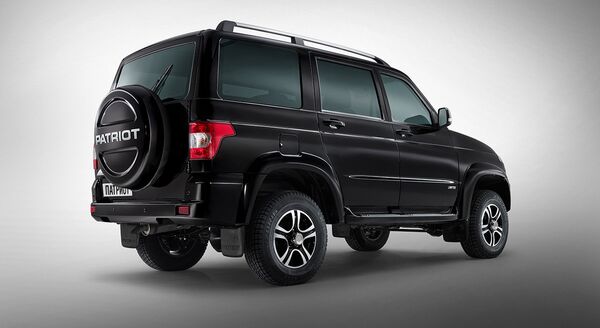 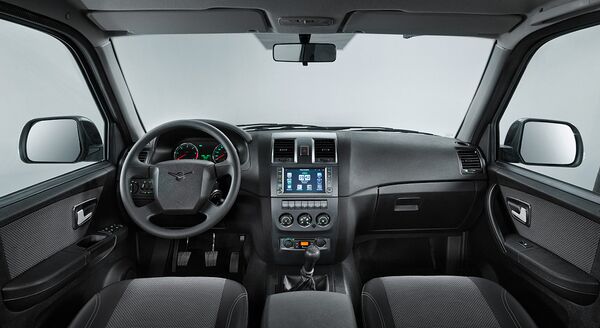 Internally, the vehicle features new two-tone stitch seating, improved audio system, and and optional multimedia system with built-in navigation and parking sensor equipment. Under-the-hood additions include a new turbocharger for the vehicle's diesel variants, and improvements to its chassis.

In a review of the vehicle published earlier this month, Russian newspaper Rossiyskaya Gazeta called the new Patriot the most comfortable SUV in the history of Russian automotive design, adding that the company is clearly looking at "generating interest from a much wider audience."

The Moscow Off-Road Show, closing Sunday, also featured the Russian premiers of several models of popular foreign brands, including the fifth generation of the Mitsubishi L200 pickup, and a limited edition of the Land Rover Defender Heritage. The show featured vehicles from Chrysler-Jeep, GAZ Group, Geely, Foton Nissan, and many others, with the show bringing together nearly 500 companies from across Russia and around the world.