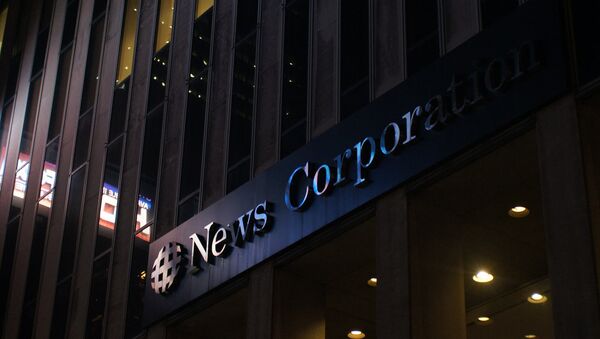 Rebekah Brooks, who resigned amid the scandal in 2011, and was cleared of all charges related to phone-hacking in 2014, will again become chief executive of the UK division of News Corp.

MOSCOW (Sputnik) – Rebekah Brooks will again become chief executive of the UK division of News Corp, owned by media magnate Rupert Murdoch who was at the center of a phone hacking scandal in 2011, The Financial Times reports.

Brooks resigned amid the scandal in 2011, and was cleared of all charges related to phone-hacking in 2014.

Her return to the position of chief executive of News Corp UK could be announced as early as next month, The Financial Times said on Friday citing sources familiar with the matter.

UK Editor Charged With Phone Hacking Leaves Prison: Reports
According to the sources, Murdoch has had to insistently ask Brooks to return to the job.

Rupert Murdoch owns News Corporation of British Sky Broadcasting (BSkyB) and nearly 120 newspapers in at least five countries including The Sun, The Times, and Sunday Times in the United Kingdom.

The News of the World owned by the media magnate was closed in 2011, when police revealed massive criminal activity of the newspaper, including police bribery and phone hacking conducted by journalists.

According to The Financial Times, revenues of Murdoch’s British tabloids have fallen 25 percent between 2011 and 2014.