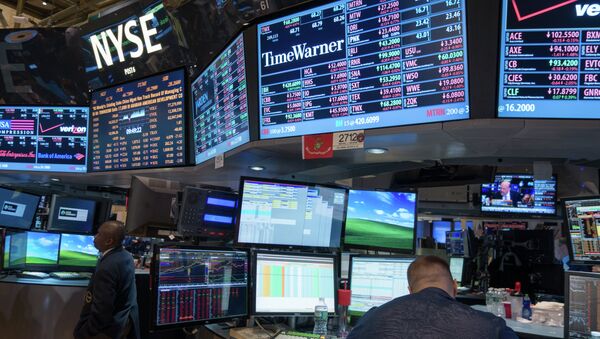 © Flickr / Scott Beale
Subscribe
As chaos took over the financial markets on Monday and investors went into panic mode, one Japanese day-trader managed to hit the jackpot by perfectly timing the meltdown, and walked away with $34 million. He even Tweeted a step-by-step narrative of his success to 40,000 followers.

Global Reforms Instead of Blaming China Needed to Stabilize Economy
A 36-year-old father of two, the skilled day-trader goes by his Internet handle, CIS. The reason for keeping his identity a secret is simple: CIS has amassed millions of dollars in day-trading over the past decade, and doesn’t want to fall victim of extortion or robbery.

This isn’t the first time he’s made headlines either. CIS has a knack for day-trading, and has earned recognition for his perfect timing. His mysterious identity and success has made him somewhat of a cult figure in Japan’s day-trading community, and he’s well-aware of it.

According to Bloomberg Business, CIS became notorious at the beginning of his career for bragging about his skills. "Not even Goldman Sachs can beat me in a trade," he said on Internet message boards.

In a profile for Bloomberg Markets magazine in 2014, CIS said that in the last decade, he had made $150 million in day-trading from a spare room in his rented apartment. And he’s not just all talk. The day-trader shared brokerage statements and tax returns as proof, and has even set up a Twitter account, which he has mostly dedicated to talking about day-trading, or his other passion, video games.

"I do my best work when other people are panicking," he told Bloomberg in a recent interview.

And that skill proved especially useful on "Black Monday."

According to Bloomberg, CIS started his last trade by shorting Nikkei futures in mid-August after he noticed a rare shift in equity markets. The move was risky, and the stakes were really high, but by Monday, August 21, CIS found himself with a $13 million profit after the Nikkei index plunged.

And he didn’t stop there. Keeping his Twitter follows up to date on his work, CIS continued to sell more futures contracts.

"I’m adding to my position," he tweeted. "Then I’m going to go for a walk and a prayer."

Within two hours, he sold 200 futures contracts, raising his stakes to a whopping $1.4 million loss to every 100 yen increase. His reasoning, according to his interview with Bloomberg, was that by the time trade opened in the US on Monday morning, panicked American traders would begin selling. Eventually, this would Nikkei futures down.

"I figured there would be a lot of fear around the US open and that’s what I was aiming for," he explained. And just as he had predicted, the Nikkei fell and he his profit rose to $27 million. But even then, the day-trader didn’t stop, figuring that there was more to be won from the sudden state of panic in the US.

By the end of the night, CIS’s profits nearly tripled to $34 million, and he was ready to call it in.

"That’s the end of my epic rebound trade," he tweeted later that night after he finally decided to cash in and take his winnings off the table.