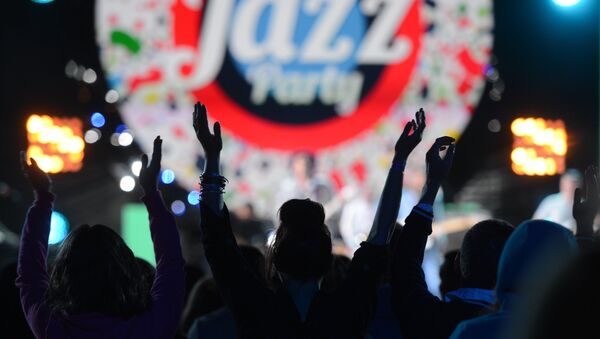 "I am pleased to see you at this 13th velvet jazz season in Koktebel," Kiselev said at the opening ceremony of the festival.

The Koktebel Jazz Party international festival is taking place on August 28-30 under the slogan "Five Continents Jazz!" and gathering leading jazz performers from Europe, Asia, Africa, Australia and the Americas. The Rossiya Segodnya International Information Agency is one of the sponsors of the event.

Koktebel Jazz Festival: Facts and Details
The program of the festival includes 72 hours of non-stop jazz music from all eras and nations.

According to organizers, the best glider pilots from Russia are expected to demonstrate their skills throughout the festival.

In July, Kiselev said that all proceeds from ticket sales were aimed to fund the development of cultural institutions in Crimea.

In 2014, the Koktebel Jazz Party festival became the first major international cultural event to be held in Crimea after the peninsula rejoined Russia. Despite tensions between the West and Moscow over the Crimean status and the conflict in eastern Ukraine, musicians from the United States and Germany, among artists from other countries, performed at the event.