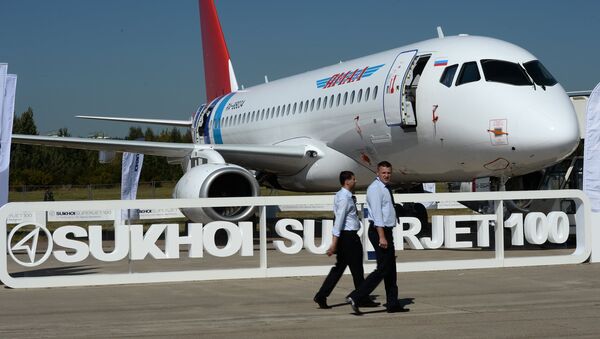 "Iran has expressed interest in acquiring the aircraft, we are currently holding consultations, which, we hope, will yield results," Boginsky told journalists at the MAKS-2015 air show outside Moscow.

Moscow, Tehran Sign Roadmap For S-300 Deal Implementation
On Wednesday, Russia offered to permit Iran to localize a part of the production should it purchase the Russian aircraft.

Previously, the president of Russia's United Aircraft Corporation, Yuri Slusar, said the Iranian side had mentioned the figure 100 in relation to the number of aircraft it was looking to buy.

Boginsky, however, clarified that Iran is likely to purchase "dozens, not a 100 aircraft."

The Superjet 100 is a twin-engine regional passenger jet, which became available commercially in 2011.