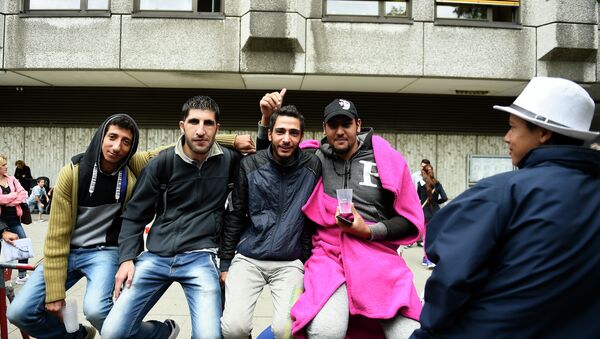 “We will determine the exact origin of all Syrian refugees and check their involvement in terrorist groups. At the same time, we will try to speed up the decision-making process on applications for refugee status," Merkel said.

Earlier this month, German Interior Minister Thomas de Maiziere said that up to 800,000 asylum seekers and refugees are expected to arrive in the country by 2016, three times as many in the previous year.

Merkel Vows to Improve Conditions for Migrants by October
Europe is currently facing a major migrant crisis. According to the EU border agency Frontex, 340,000 migrants have arrived in European Union countries since the beginning of 2015.

The majority of migrants entering Europe come from crisis-torn countries, where radical Islamist groups operate, such as Syria, Afghanistan and Pakistan, according to Frontex.