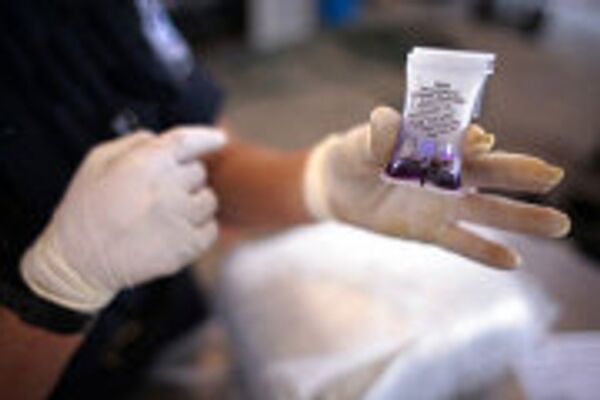 Subscribe
International
India
Africa
Plaintiffs argued that state protocol did not explain how to perform executions, allowing for untrained people to inflict unnecessary pain and suffering on death row convicts.

FDA: Lethal Injection Drug Imports Into US by States 'Illegal'
MOSCOW (Sputnik) — A judge in Davidson County, US state of Tennessee, has ruled that lethal injection as a method of capital punishment is constitutional, local media reported.

A Wednesday decision by Chancery Judge Claudia Bonnyman stated that 33 plaintiffs failed to prove that the state's one-drug execution protocol posed a risk to constitutional protection against cruel punishments.

"This court cannot find that the possibility of an accident such as the plaintiffs predict causes the protocol to violate the Eighth Amendment prohibition against cruel and unusual punishment," The Tennessean newspaper quoted Bonnyman as saying.

Plaintiffs argued that state protocol did not explain how to perform executions, allowing for untrained people to inflict unnecessary pain and suffering on death row convicts.

Lethal injection executions will not be immediately resumed in the state, as they are currently on hold while appeals are prepared.

Capital punishment is legal in 31 US states.

Until 2009, most states used a three-drug combination for lethal injections. On September 2013, state of Tennessee first announced plans to switch to a one-drug protocol using pentobarbital. In May 2014, Tennessee governor signed a bill to allow executions by electric chair if lethal injection drugs are not available.