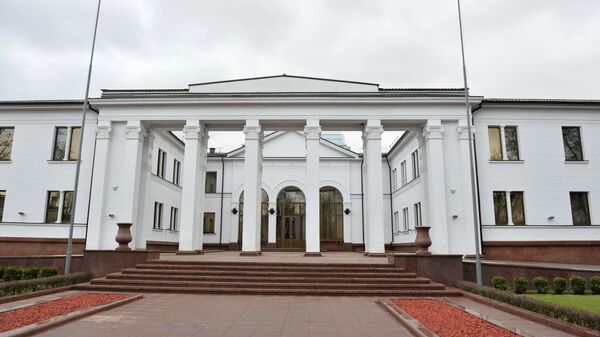 The Belarusian Foreign Ministry announced that the talks of the security subgroup of the Trilateral Contact Group on Ukraine will continue on Thursday.

MINSK (Sputnik) – The talks of the security subgroup of the Trilateral Contact Group on Ukraine will continue on Thursday, the Belarusian Foreign Ministry announced.

"The working [sub]group on security has decided to continue talks in Minsk on August 27," the ministry said on its official Twitter page early on Thursday.

The Trilateral Contact Group on the settlement of the Ukrainian crisis, which comprises representatives from Ukraine, Russia and the Organization for Security and Co-operation in Europe (OSCE), was set up in 2014 in a bid to promote direct dialogue between Ukraine’s conflicting parties.

The formation of the subgroups on political, economic, humanitarian and security issues was stipulated by the Minsk ceasefire agreement, worked out in February by the leaders of Russia, Ukraine, France and Germany.

West Preparing Plan B in Event of Minsk Agreement’s Failure
On Wednesday the Trilateral Contact Group on Ukraine and its four working subgroups met in the Belarusian capital resuming talks on the implementation of the provisions of the Minsk peace accords.

The security subgroup talks lasted longer than those of other subgroups.

The main security subgroup issue under discussion was the pullout of weaponry and tanks from the line of contact between the conflicting sides in Ukraine’s troubled southeast, where Kiev launched a military operation against independence supporters in mid-April 2014.

The security subgroup started working on a draft document on the withdrawal of weapons with a caliber of less than 100mm at its previous meeting on August 3.