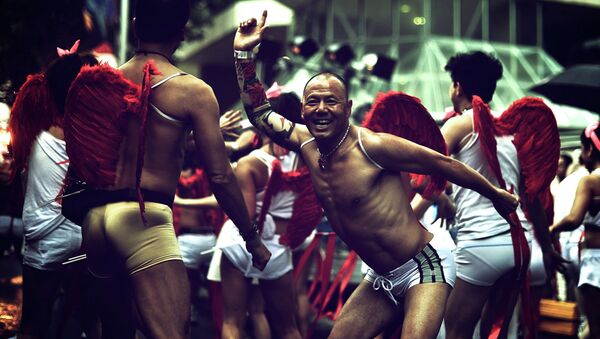 The education ministry in New South Wales has ordered that the documentary film Gayby Baby not be shown during school hours.

An Unsuitable Girl: Louisiana School Bans Lesbian From Wearing Tux to Prom
A documentary film about children with gay parents has been banned from screening during school hours in New South Wales, after the NSW Education Minister, Adrian Piccoli, issued a memo to the state's principals ordering them not to show Gayby Baby to pupils during school hours.

The film should not be shown, so as "to not impact on the delivery of planned lessons," wrote the NSW Education Minister, Adrian Piccoli in a memo to the schools.

UK Teachers Union Urges to Include Positive View of Homosexuality
A spokesperson for the department said the decision had been taken to stop students from missing out on class, and was not an objection to the film's content.

Piccoli explained to a local radio station that he had insisted the screening at Burwood Girl's High School must happen after the school day was over.

"During school hours we expect them to be doing Maths and English and curriculum matters," Piccoli told 2GB Radio.

"This movie is not part of the curriculum and that’s why I’ve made that direction."

The film had been due to be shown to 1,200 students at the school in Sydney on Friday morning, as part of the country's Wear it Purple Day, a campaign to raise awareness about sexuality and gender diversity. The film's screening had been organized in up to 50 schools across Australia. 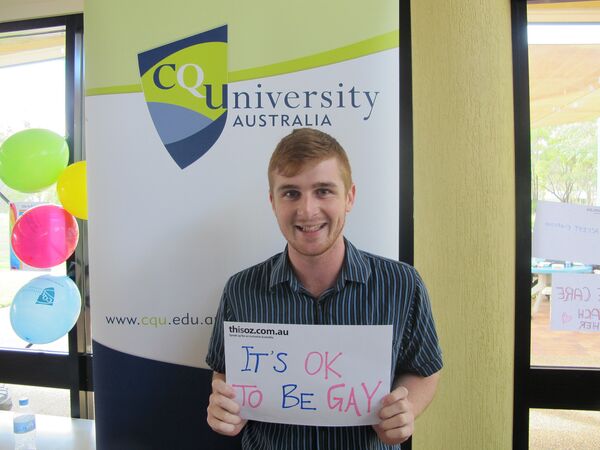 CQUniversity joined the 'This is Oz' campaign where photographs of people holding signs for an inclusive Australia are put online, as part of a worldwide celebration of sexual and gender diversities.
© Flickr / acon online
According to reports in local media, the minister intervened after four email complaints were received which expressed objections to the screening of the film, which was produced by a former student.

Local Presbyterian Minister Mark Powell said "many parents" were upset about lessons being canceled, in order for children to watch the film.

"This is trying to change children’s minds by promoting a gay lifestyle," Rev Powell said.

"Schools are supposed to be neutral and cannot propagate a political view."

On Wednesday the Premier of NSW said he supported his Education Minister's decision:

"I think tolerance is a good thing. But I think there should be some parameters around it," said Mike Baird.