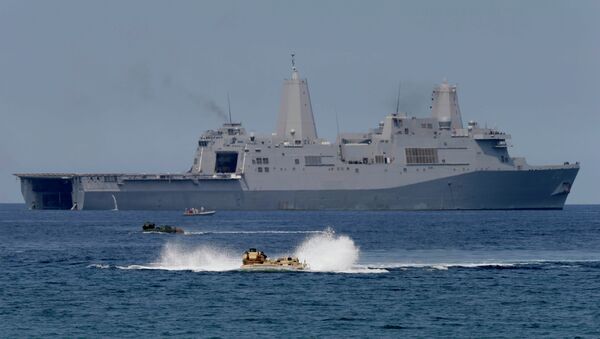 © AP Photo / Bullit Marquez
Subscribe
The United States will increase the number of drills it conducts in the Asia-Pacific as part of its new strategy to counter to China's expansion in the South China Sea, the Philippine military said on Wednesday.

The talks outlined Washington's actions in the disputed South China Sea and East China Sea, focusing on the protection of "freedom of seas," deterring conflict and coercion, and promoting adherence to international law, according to Colonel Restituto Padilla, a military spokesman.

China claims most of the South China Sea. The Philippines, Vietnam, Malaysia, Taiwan and Brunei also have overlapping claims.

A military source, who was in the meeting between Harris and Iriberri, told Reuters the United States and the Philippines are expected to increase the size, frequency and sophistication of exercises in the disputed region.

Earlier this summer, the Philippines held separate military exercises with the United States and Japan near the hotly disputed Spratly archipelago in the South China Sea. 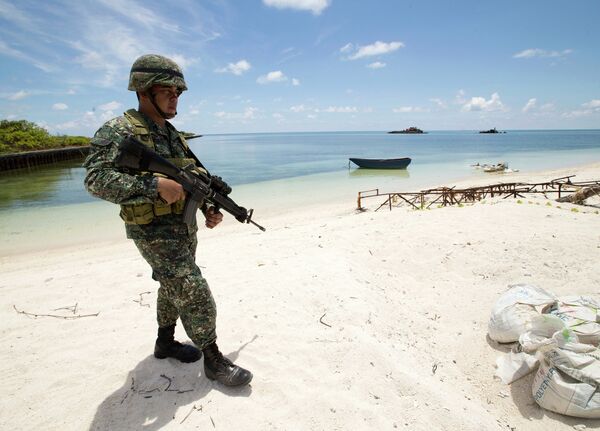 A Filipino soldier patrols the shore of disputed Pag-asa Island in the South China Sea.
© AP Photo / Ritchie B. Tongo

"If there are Americans flying around there, we won't be troubled," Gazmin said. "We need to be helped in our resupply missions. The best way they could assist is through their presence."

Gazmin said Harris assured him of US readiness to provide assistance, the AP reported.

Beijing has repeatedly urged Washington not to take sides in the escalating maritime dispute in the region. Last month, China's Defense Ministry accused the United States of 'militarizing' the South China Sea by taking part in such military drills.