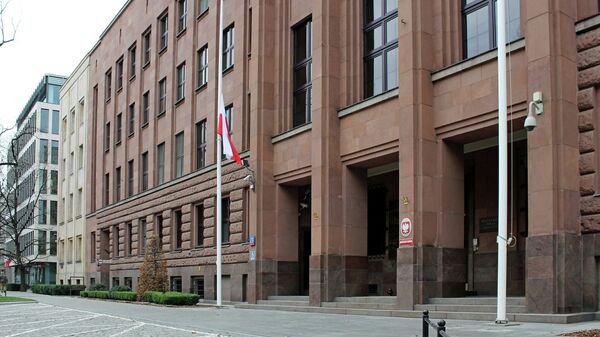 Russia is not Poland’s main ‘enemy’. Poland should also fear its other neighbors, such as Germany and Ukraine, which have territorial claims to the country and may divide it, Polish politician Janusz Korwin-Mikke said.

Germany and Ukraine have territorial claims to Poland and may pose a danger to the country if the EU falls apart, the politician said, arguing that this may happen quite soon.

Ukraine is ‘Our Enemy,’ Poland Should Be Friends With Russia – Polish MEP
In the event of an EU collapse, Germany and Ukraine may try to enforce their territorial claims and divide Poland, Korwin-Mikke said. Thus, Poland has a lot of serious issues to worry about except of Russia.

Commenting on the visit of Polish President Andrzej Duda to Estonia, Korwin-Mikke said that such a step was reasonable.

"The choice of Estonia — not Germany, Russia or America — as the first place for the visit of Mr. President was reasonable, because otherwise somebody could be offended. Choosing a "neutral" state was wise," Korwin-Mikke said during a press conference.

On the other hand, Estonia does not possess sufficient military forces and would not be able to defend Poland in case of an attack, the politician claimed, adding that Poland should further develop its military sector and take care of its defense.

"And we will be between Germany and Ukraine. Both countries have territorial claims to us. Poland should arm itself. We may find ourselves in a situation in which we have a hostile Germany on the one hand, and hostile Ukraine on the other. For this reason, we must take care of our armed forces and territorial defense," the Polish politician explained.