US Assistant Secretary of State to Visit India Wednesday 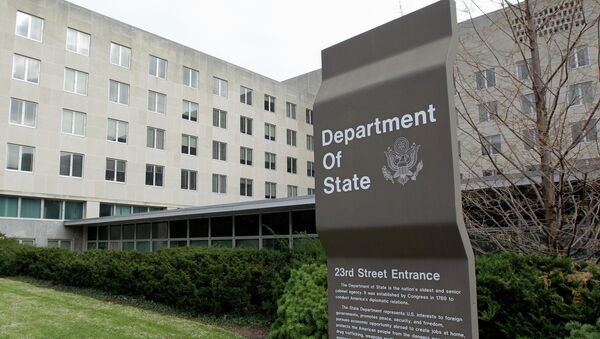 © AP Photo / Luis M. Alvarez
Subscribe
International
India
Africa
US Assistant Secretary of State for South and Central Asia will arrive in India on Wednesday for a two-day visit.

NEW DELHI (Sputnik) — US Assistant Secretary of State for South and Central Asia Nisha Biswal will arrive in India on Wednesday for a two-day visit, an official statement said.

Biswal’s visit to India will take place ahead of the first ever India-US Strategic and Commercial Dialogue (S&CD), which is scheduled to be held next month.

India-US Sikorsky S-70B Helicopter Deal Stalled Amid Price Issues
The assistant secretary of state will hold talks with Indian officials in the capital New Delhi, to specify the dates and agenda of the upcoming negotiations, according to the sources.

Biswal’s visit will also set the agenda for the meeting between Indian Prime Minister Narendra Modi and US President Barack Obama during the annual session of the United Nations General Assembly in New York next month, the sources said.

The S&CD is scheduled to be held in Washington on September 22. Both countries will be looking to use this platform to increase bilateral trade, from its current level of $100 billion to $500 billion annually.

Indian External Affairs Minister Sushma Swaraj and Commerce and Industry Minister Nirmala Sitharaman will lead the Indian delegation, while the US side will be represented by Secretary of State John Kerry and Secretary of Commerce Penny Pritzker.