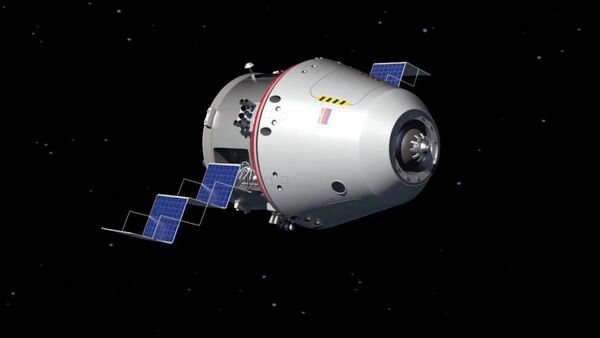 "Spacecraft consisting of nearly 80 percent carbon fiber are not being developed anywhere in the world. At MAKS-2015, we present, for the first time, a command module, and in 2016, RSC Energia plans to begin its durability testing."

"All the carbon fiber being used is domestically produced. We are preparing this spacecraft for testing and subsequent launches on the new Angara carrier rocket," Solntsev told RIA Novosti.