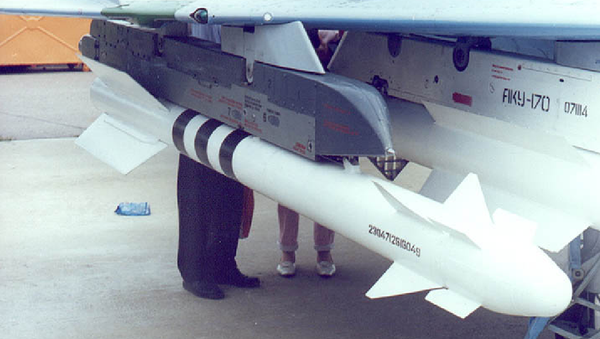 Over a dozen of countries will receive R-73 short range air-to-air missiles by the end of 2015, said Yuri Klishin CEO of “Duks” enterprise (rocket developer) in an interview with RIA Novosti.

These missiles will be on display during the aviation and space show MAKS- 2015 in Zhukovsky, Tuesday onwards.

“There is considerable interest in the rockets. Many countries, such as China, India, Vietnam, Algeria, Angola, Cuba, Bangladesh, Slovakia, Venezuela, Burma, Botswana, Uruguay, Indonesia, as well as almost all post-Soviet countries are armed with these missiles,” said Klishin.

The contract for selling the rockets will be signed in 2016 with Kazakhstan, Uzbekistan, Cuba and other countries. “We are talking about selling hundreds of rockets,” Klishin said.

Russia to Strengthen Trade Ties With Middle East at MAKS 2015
He mentioned that every country is capable of repairing and purchasing the rockets; there are certain restrictions on financing and the number of aircrafts.

“In the past 10-12 years, thousands of missiles have been delivered abroad.”

Klishin stressed that in light of the military-technical cooperation, contracts will be implemented with various regions of the world by the end of this year. “We are conducting preparatory work with our contractors, including the Tactical Missiles Corporation. All programs that are planned for this year will be implemented,” Klishin continued.

The R-73 is a highly maneuverable "air-to-air" missile capable of striking targets at a height of 5 meters to 20 kilometers, moving at a speed of up to 2,500 kilometers per hour. The maximum range of the missile launch is 30 kilometers away.

The R-73 is equipped with optical laser and radio controlled fuses. The missiles launch weight is 110 kg and its length is 2900 mm.