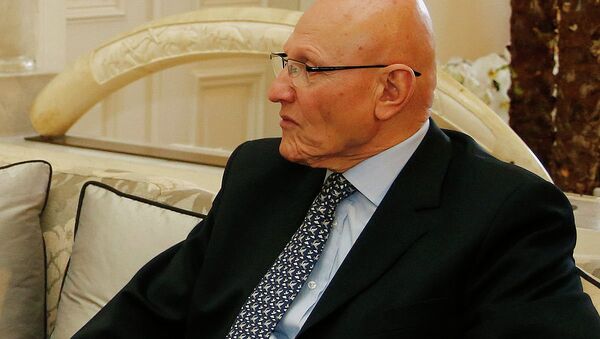 Last week, Lebanon saw violent clashes between police and demonstrators protesting over the country’s failure to collect garbage from the street.

Lebanon’s Future is on the Line, and It Directly Affects Syria
The prime minister’s threat to resign was taken seriously by the international community. Several ambassadors reportedly contacted Salam to talk him out of resigning.

In the interview with Sputnik, Derbas approved of the prime minister’s act, saying that by showing how serious he was in his intention to step down, Salam got "some political forces" to start acting.

"I think this is a sign that the government will now start to work and will stop putting off discussions of the problems of the nation," Derbas said.

According to the minister, during the next session, the government will consider such issues as state wages, subsidies and public access to credit and will seek a positive solution to the waste collection problem.

On Saturday, activists rallied in Beirut to protest against government corruption and political inaction amid the growing garbage crisis. Police used tear gas, rubber bullets and water cannons to quell the protesters.

According to media reports, at least 15 demonstrators and 35 police officers were injured during the clashes.