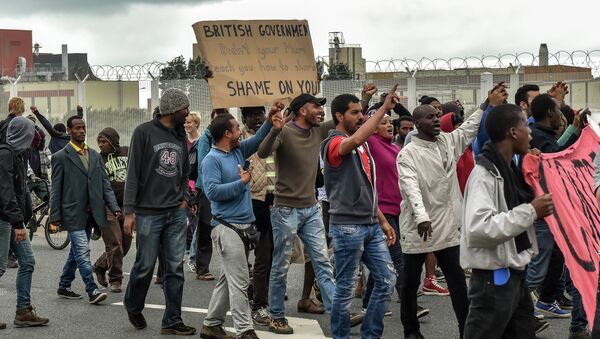 BERLIN (Sputnik) — The Serbian Prime Minister shared his thoughts with the German Handelsblatt newspaper in an interview:

"I am sure that if Germany offered less money [monthly payments] to migrants from the Western Balkans, the inflow [of refugees] would reduce significantly."

Europe is currently facing a major refugee crisis, as thousands of undocumented migrants, mostly from North Africa and the Middle East, attempt to escape their conflict-torn countries and find safety in the European Union.

Not Welcome: Europe Builds Fences to Keep Migrants Out - Spanish Media
Last week, the German Interior Ministry announced that the country expected to take in 800,000 asylum seekers and refugees by the end of the year, three times more migrants than in 2014.

Some Balkan countries, including Serbia, Kosovo, Macedonia, Bosnia and Herzegovina, as well as Albania, were among the top-10 most common countries-of-origin of asylum seekers in Germany in 2014, comprising over 60,000 applications, according to Germany's Federal Office for Migration and Refugees.

The United Nations Refugee Agency estimates that nearly 125,000 migrants have arrived in Greece’s Aegean Islands this year, a fourfold increase from 2014.