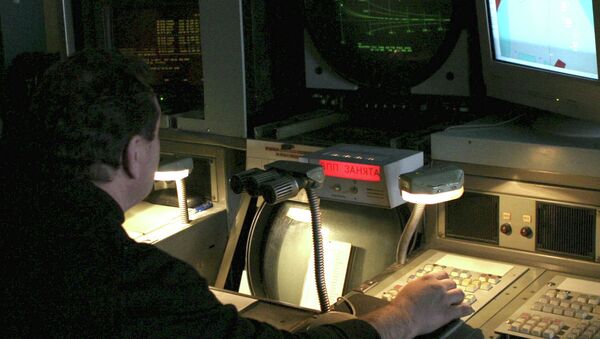 © Sputnik / Ruslan Krivobok
/
Go to the mediabank
Subscribe
International
India
Africa
According to Russia's Rostec, a prototype of a new automated precision radar is finished and the work on the project is to be completed in 2016.

MOSCOW (Sputnik) — Work on an automated radar system for aircraft landing is set to be finished in Russia in early 2016, the United Instrument Manufacturing Corporation said Monday.

"At the moment, a prototype PRL-2ST precision radar, as well as the design documentation for the entire radar system are finished. Revision of software is underway. Work on the RSP-2ST is scheduled to be completed in early 2016," a corporation spokesperson told RIA Novosti.

Pentagon Wants to Deploy Powerful Radars to Kiev
The radar system has been significantly modernized, according to the spokesperson. The new technology reduces the cost of a locator by 30-40 percent compared to similar radar sets, while increasing reliability.

The system renders radio communication between flight operators and the plane crew commanders unnecessary, which limits the possibility of human errors, the spokesperson stressed.

The system is expected to be used in civil and experimental aviation.