Russia’s Future Warfare Tactics as Seen by US Media 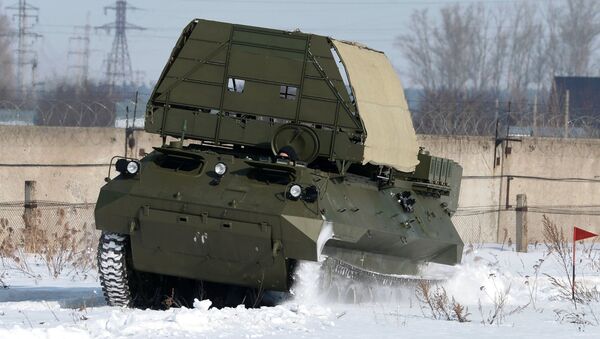 “Russia’s defense industry is well behind Western militaries in automated control systems, strike drones, and advanced electronics of all kinds,” according to the American magazine The National Interest; however, it says, there are areas where Moscow is far ahead. Let’s have a look at what the magazine was referring to.

“The trend toward greater automation, including the use of remote control weapons and AI-driven autonomous warfare, will increasingly put the Russian military at a disadvantage. Russia does not have the technology to match Western automated systems and lacks the capabilities to develop such systems on its own in the foreseeable future,” it says. 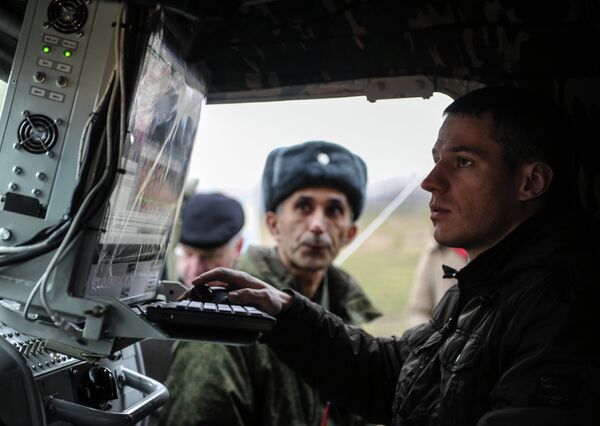 However, Moscow has found its own areas of strength to “compensate for its military overall weakness” and here is what they are.

“Two possibilities that play to the Russian military’s strengths include trying to jam enemy communications and using electronic warfare to disable drones and other automated equipment. These are both areas where the Russian (and previously Soviet) military has extensive experience,” the magazine therefore states.

It brings as an example the recently unveiled Richag-AV radar and sonar jamming system, which has no analogue anywhere in the world.

Russian Military Unveils Revolutionary Electronic Warfare System
It is designed to jam radar, sonar and other detection systems in the aims of defending aircraft, helicopters, drones, ground and naval forces against air-to-air and surface-to-air defense systems within a radius of several hundred kilometers. It can be mounted on units from any branch of the armed forces, including helicopters and airplanes, as well as ground and ship-based forces.

Its capabilities, the magazine acknowledges, are far superior to any Western equivalents.

Another warfare technique Russia could use, it alleges, is “to counter Western technological advantages by focusing on using ambiguous and cyber warfare against Western states, both in the event of a conflict and in proxy fights during periods of hostile relations. These are both areas where Russia has advantages when compared to Western states.” 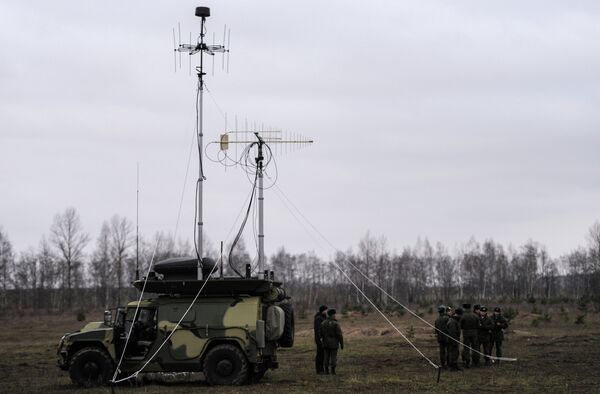 Leer-2, a new radio suppression complex integrated into the Tigr vehicle, is demonstrated at the Babino testing grounds in the Tula region
© Sputnik / Vladimir Astapkovich
/
Go to the photo bank

Somehow the magazine connects “use of deception and ambiguous warfare” with the “lack of democratic accountability in the Russian political system,” which makes it easier to use “than for governments that have to abide by democratic norms.”

“When engaged in proxy conflicts with Western states, Russia can bring in mercenaries and other irregular forces, backed by GRU [the foreign military intelligence main directorate of the General Staff of the Armed Forces of the Russian Federation] and other special forces units. It can also use friendly populations in neighboring states as cover for covert activities in target countries,” it says.

As if the US does not do exactly the same in all the military conflicts it participates. 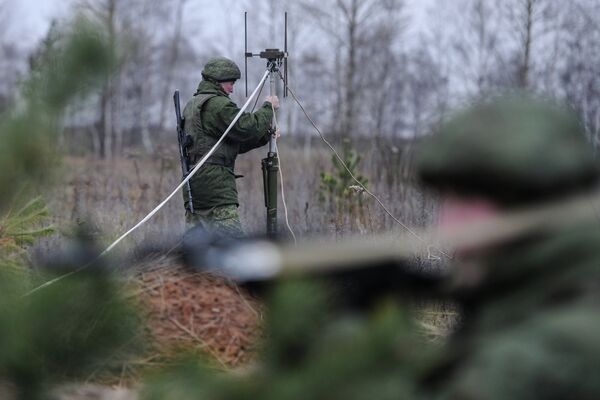 “In terms of more traditional military means, the use of precision-guided munitions will become increasingly critical for Russian warfighting. Anti-access/Area denial defensive strategies will focus on protecting the homeland with defensive networks.”

It is worth mentioning that all the above ways of modern warfare are of defensive rather than offensive character and are going to be placed in Russian territory and not in the territory of the neighboring states under some excuse, even though some of the munitions “may also be used for offensive purposes.”

From Russia With Sub? US in Fear of Russia’s Activity in the Atlantic
“Such layered defense systems are currently being set up in Crimea; in the future they’re likely to be placed in the Kurile Islands, Kaliningrad, and potentially in other coastal areas. The low band radars on Russian SAMs have been designed to counter America’s traditional advantage in stealth technology, which is likely to make US attack aircraft more vulnerable to Russian air defenses over time.”

The magazine also alleges that “the Russian military will continue to rely on its nuclear deterrent capability as a backstop.”

However the magazine admits that “Russian leaders have been much more public with statements arguing that they could use tactical nuclear weapons in order to stop a conventional attack that threatens Russian territory or state sovereignty.”