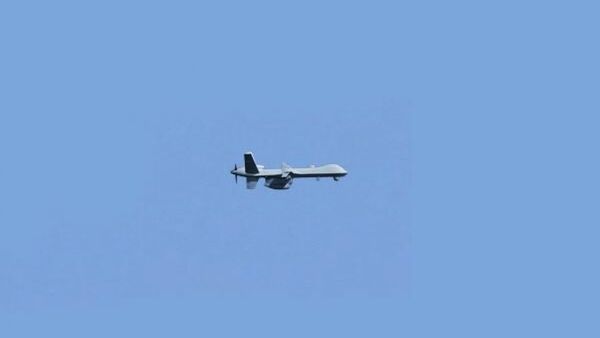 © Photo : https://twitter.com/Iran
Subscribe
A US government program to develop a system to track and disable private drones that could pose a danger to sensitive sites or air traffic is an impossible task, US advocacy group Code Pink co-founder Medea Benjamin told Sputnik.

WASHINGTON (Sputnik) — The US government has tried in a secret program to intercept or take control of commercial drones that pose a threat to security, Reuters reported on Thursday. The program would also enable US agencies to track the source of the drone operator.

“It is impossible for the government to regulate drones that might get into the hands of people who want to do us harm, or people who want to harm individuals without putting themselves at risk or get caught,” Benjamin said on Friday.

The urgency to develop technology to counter the proliferation of drones comes as the Federal Aviation Administration (FAA) announced last week there have been nearly 650 incidents of rogue drones endangering aircraft this year, more than double the total in 2014.

US Drone Strategy Often Violates Sovereignty of Nations - Activist Group
The FAA is still trying to develop comprehensive rules and regulations to govern private drone use. To date the FAA has developed rules to limit private drone use near airports and impose restrictions on how high private drones can fly.

Benjamin noted, however, that the FAA has no way to regulate and enforce existing rules.

“The FAA has virtually no way to enforce these rules, because it can't track the user/owner,” Benjamin said. “There's no way to regulate someone who wants to use a drone for illegal purposes, as they will ignore the regulations.”

He added that the FAA is “very slow” in developing rules for drones because it is “so complicated and the drone industry is lobbying hard for lax regulations.”

As US officials grapple with how to regulate drones, the Consumer Electronics Association expects drone sales to skyrocket in the country to one million in 2015.

Code Pink is an anti-war movement formed in 2002 ahead of the US military intervention in Iraq. The movement has also expressed opinions on issues of social justice.