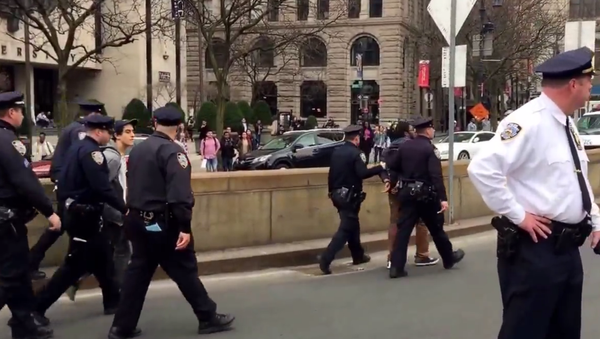 © YouTube/WeAreChange
Subscribe
The heavy-handed approach by St. Louis police to protesters rallying this week against the police killing of a black teenager reveals the need to demilitarize US police, an advocacy group told Sputnik.

"The reaction of law enforcement to those peacefully protesting the shooting of Mansur Ball-Bey only underscores the importance that we need to demilitarize police without further delay if we want to make real progress in America," Million Hoodies Movement for Justice National Policy Director Pete Haviland-Eduah said. 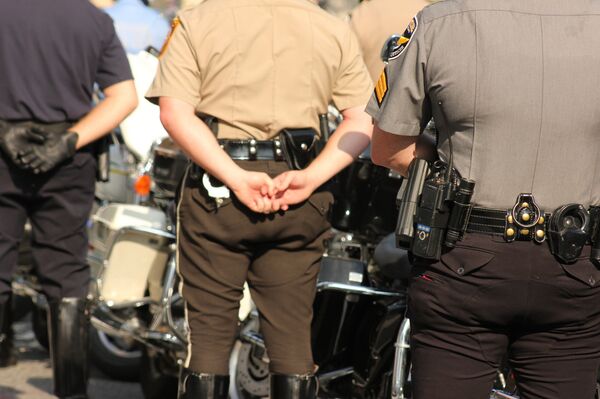 The group recently launched a petition calling on US lawmakers and the Department of Defense to halt all police forces in the United States from using military tactics against its citizens. Nearly 7,000 people have so far signed the petition.

Haviland-Eduah stated the petition was sent to the Pentagon "because that’s where the equipment comes from."

"[The Defense Department] is responsible for allocating billions of dollars in military grade equipment and have the ability in conjunction with the federal government to stifle or stop the flow of these weapons to American streets."

"Regardless of political affiliation [they] are supporting the notion that military equipment used on enemies abroad has no business coming to a local municipality near you."

To establish trust with communities, "we have to stop arming police to the point that they look like they’re going to war with them," Haviland-Eduah concluded.

In the past year, a series of high profile cases of police brutality and militarized police response to protests have caused calls for reforms of US law enforcement.