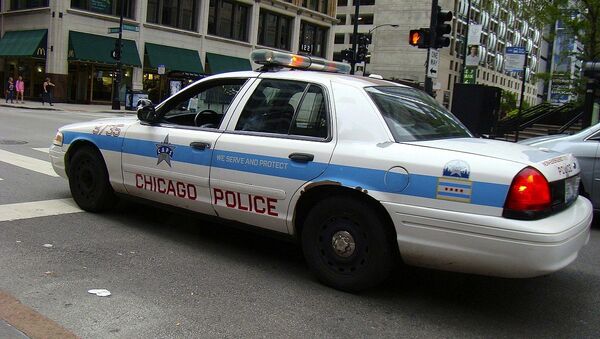 Riot Police Confront Protesters After St. Louis Cops Kill Young Black Man
WASHINGTON (Sputnik) — Police said they responded to a call claiming shots were fired in the South side of the city where the shooters rode bicycles, The Chicago Tribune reported.

One of the boys on a bicycle the officers tried to stop yelled that the bulge in his pocket was a cell phone and proceeded to flee, the report explained.

As the officers chased the boy, he allegedly reached for his pocket and ignored their calls to drop what they said was a weapon, while shooting him three times in both legs, the report noted.

The boy, Deguan Curry, is in stable condition after being treated at a local hospital.

Curry’s mother, Ikyshia Webber, said her son never owned a weapon and neither did she.

St. Louis Cops Using Tear Gas on Protesters After Police Shooting
"We literally are model citizens," Webber was quoted as saying by The Chicago Tribune. "We go to work, maintain the household."

Over the past year, the United States has seen numerous incidents of police brutality around the country that have set off mass protests and triggered a national debate about potential law enforcement reforms.