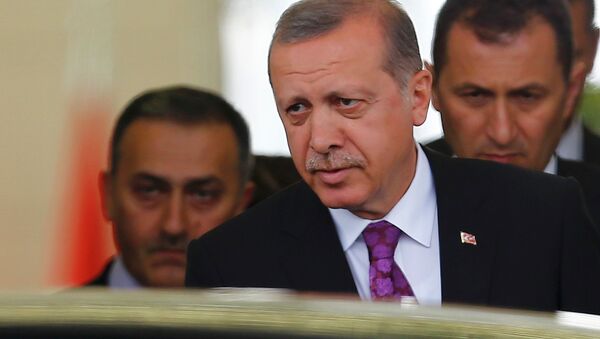 According to reports, Turkish President announced that his country would hold early parliamentary elections November 1.

"I am aware of my mandate as president, why waste time," CNN Turk cited the president saying at a televised press briefing.

Other media outlets said an interim government would be formed next week, and will include members from outside parliament.

On Monday, Erdogan’s ruling Justice and Development Party (AKP) was unable to reach an agreement to form a coalition with the third-largest Nationalist Movement Party (MHP).

During a meeting with Erdogan the following day, Prime Minister Ahmet Davutoglu returned the mandate to form a government.

AKP lost its single-party majority for the first time since 2002 in the parliamentary election held on June 7.