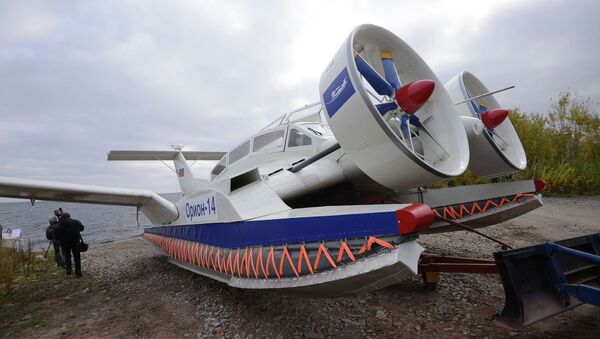 Russia plans to resume the production of the ekranoplan, a vehicle that can be described as a combination of an airplane and a hovercraft, according to the Czech website iDNES.cz

It is Even Bigger: Russia's New Helicopter Carrier to Replace Mistrals
A project to manufacture ekranoplans in Russia was suspended indefinitely in the 1990s due to a lack of financing and economic chaos, the website quotes journalist Ondřej Fér as saying.

According to him, a 60-ton mock-up model of an ekranoplan has already been created and work is currently underway to build a 500-ton vehicle.

Earlier, a Russian Navy spokesperson said that the mass production of what was known as the 'Caspian Monster' is due to start in the Russian city of Nizhny Novgorod after 2020.

This type of vehicle uses the so-called ground effect – the extra lift of large wings when they’re used in proximity to the water’s surface. 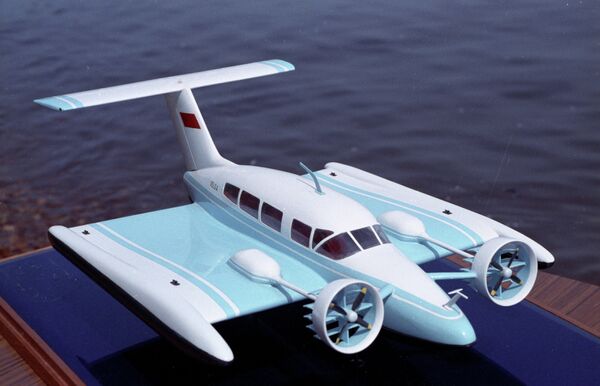 For this reason, these vehicles were designed to travel at a maximum of three meters above the sea, but at the same time may take off, fly briefly and land safely if faced with waves up to five meters in height.

Thanks to their ability to fly at a low altitude, ekranoplans could spend less fuel, fly under the radar and avoid anti-aircraft systems.

These crafts were originally developed by the Soviet Union in the 1960s as high-speed military transports, and were used mostly on the shores of the Caspian Sea and Black Sea.

Built in the mid-1960s, the 100-meter-long Caspian Sea Monster was the biggest ekranoplan of all time, weighing an impressive 544 tons.

Despite the weight, the vehicle could lift heavier loads off the ground than any other plane at the time. It finally crashed due to fog and it was abandoned in water. 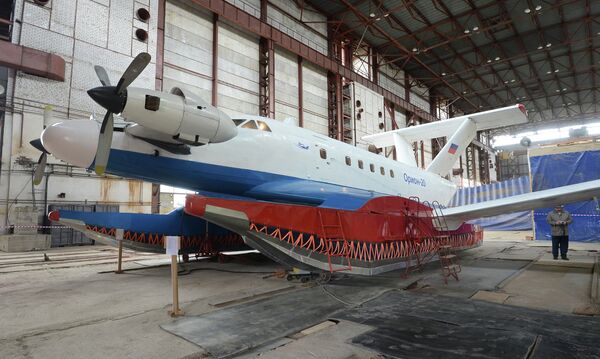 The Caspian Sea Monster's successors, including the Lun (Hen Harrier) and the Orlyonok (Eaglet), were much smaller and lighter and were used both for military and civilian purposes.

The A-90 Orlyonok was one of the most successful ekranoplans. It was used for military purpose and for transferring cargo. The A-90's weight was 140 tons and it was 58 meters long. It could reach at least 400 kilometers per hour, and flew at an altitude ranging from five to ten meters. 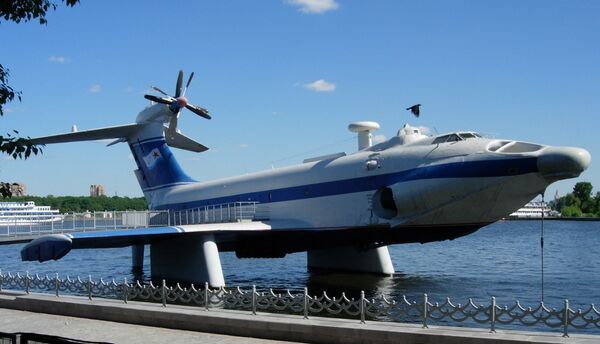 In 1998, all the flights of the ekranoplans were suspended, in what could indicate the end of the era of these vehicles, Ondřej Fér said.

Now that the Russian Navy has announced plans to revive the production of ekranoplans, these vehicles are being seen by Russia as something that should first of all help it maintain peace and security along the country's maritime borders, the Czech author concluded.