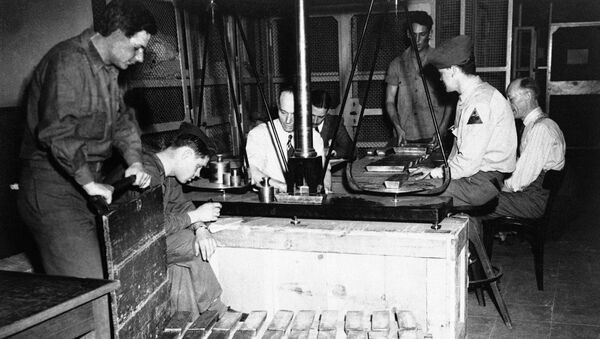 © AP Photo
Subscribe
Reports are arriving from Poland that a Nazi ghost train, loaded with treasures plundered by the German Army which was mysteriously lost as it sped away from the Soviet Red Army during the chaotic last days of the Second World War, has finally been found.

Local authorities in the town of Walbrzych in southwest Poland said they have been contacted by a law firm representing a Pole and a German who claim they have located the missing train.

The claimants say they have found a 500-foot long “armored train” with gun platforms and a cargo of “precious metals”. 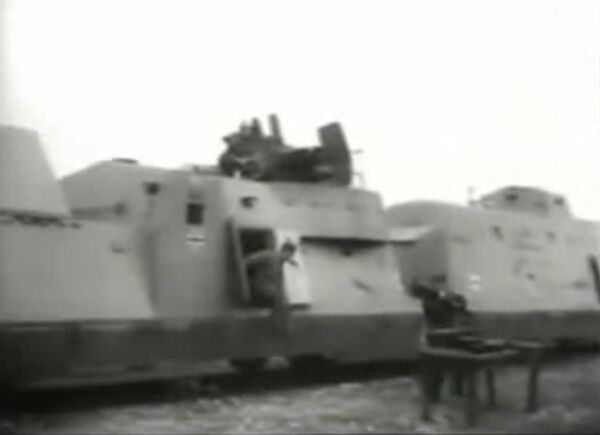 Use of an armored train and an armored car to fight against gangs in the middle of the front, 1943
© Wikipedia / Deutsche Wochenschau

“Lawyers, the army, the police and the fire brigade are dealing with this,” Reuters quotes Marika Tokarska, an official from the Walbrzych district council, as saying.

“The area has never been excavated before and we don’t know what we might find,” she added.

The armored train is rumored to have belonged to the Wehrmacht; it disappeared into a mountain tunnel towards the end of the Second World War.

Treasure Hunters Who Found $300 Million in Gold, Denied Ownership by Judge
It is believed to have been dispatched by the Nazis from the formerly German city of Breslau (now called Wroclaw and part of Poland) as the Soviet Red Army made its final march toward Berlin.

Local legend says that the train vanished somewhere in the mountains near the present-day border between Poland and the Czech Republic.

The claim was lodged because under Polish law, treasure finders can keep 10 percent of the value of their find.

The Polish media however give their own explanation why the claimants might have informed the officials: explorers might be worried that the train could be booby-trapped with explosives, and therefore need the officials’ help.

According to Poland’s Radio Wroclaw, there are several theories about the train's fate. One story has it that the train entered a tunnel near Ksiaz Castle in mountainous Lower Silesian, just north of Walbrzych, and never emerged. The tunnel was later sealed up and forgotten.

"No one has ever seen documentary evidence confirming the existence of such trains," local historian Joanna Lamparska told Radio Wroclaw. "A handful of people have already looked for the train, damaging the line in the process, but nothing was ever found."

“But the legend has captured imaginations,” she added.

“In the region we actually two gold train stories,” she elaborated. “One is supposed to be under a mountain and the other somewhere around Walbrzych.”

Seventy Years Ago Today: Red Army Takes Berlin
Historians, however, say that the Nazis dug miles of tunnels in the southwest mountains of what is now Poland in one of the biggest construction projects in the history of the Third Reich.

According to Radio Wroclaw, the 150-metre-(495-foot)-long train is believed to carry guns, "industrial equipment", gems and other valuable treasure.

Some were stashed away while other pieces are believed to have been smuggled out of Berlin by high-ranking members of the Reich to fund their own escapes and establish new lives.

Best-Kept Nazi Secret Revealed? Man Claims He Knows Location of Amber Room
According to Reuters, Nazi forces once sent 24 freight carriages from Budapest towards Germany filled with family treasures including gold, silver and valuable paintings seized from Hungarian Jews and estimated to be worth up to $200 million.

The train was intercepted by US soldiers who, according to a subsequent US investigation, helped themselves to some of the loot.

However, as the Third Reich’s top officials were killed, captured, or eventually grew old and died, the secret locations of much of the loot became lost forever.