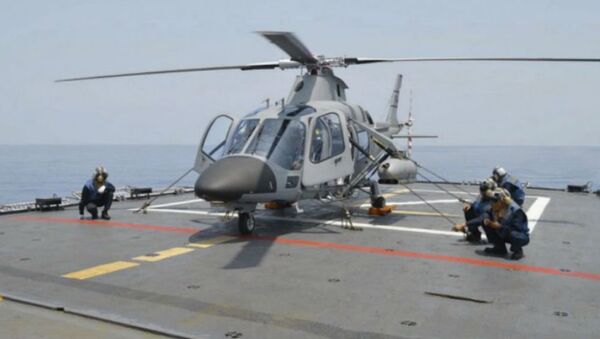 © Philippine Navy
Subscribe
The Philippine Navy is preparing to deploy weaponized versions of its AgustaWestland AW109 helicopter on board its Pilar-class frigates, the Navy's director of public affairs said Wednesday.

According to Commander Lued Lincuna, the frigates had previously embarked non-weaponized versions of the helicopter for testing, qualification, and crew familiarization, IHS Jane's reported.

"The ships' crew are already familiar with the aircraft and there should not be too many adjustments to take on the armed variants," Lincuna said. He added that the two new aircraft should be fully operational on board the frigates "in the next few weeks," IHS Jane's reported.

The weaponized versions carry two 12.7 millimeter machine gun pods, each with launchers for three 70 millimeter laser-guided rockets. The aircraft can also be configured to carry a sonobuoy dispenser for anti-submarine warfare operations.

According to IHS Jane's All the World's Aircraft, the AW109 is powered by two Pratt & Whitney Canada PW206C engines and has a top speed of 154 knots.

The Philippines is among the countries engaged in land disputes in the South China Sea. Beijing has been assertive in staking its claim, building man-made islands that some speculate will house military facilities. 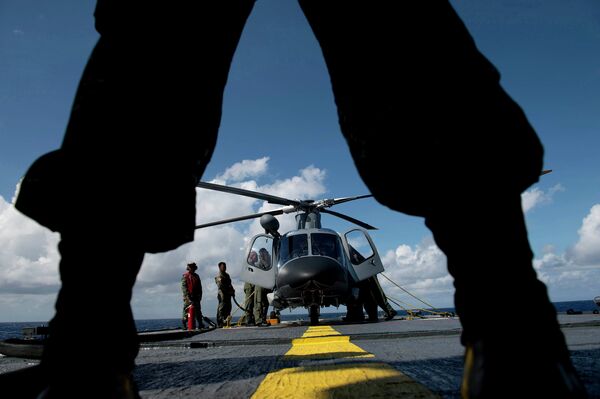 Philippine military officials have accused China of repeatedly warning Philippine aircraft away from the artificial islands in the Spratly archipelago.

Earlier this week, Philippine defense officials said the country can only afford a modest military upgrade, despite a proposed 25% increase in defense spending. Even with the budget increase, the government must divide resources between external defense and internal threats.