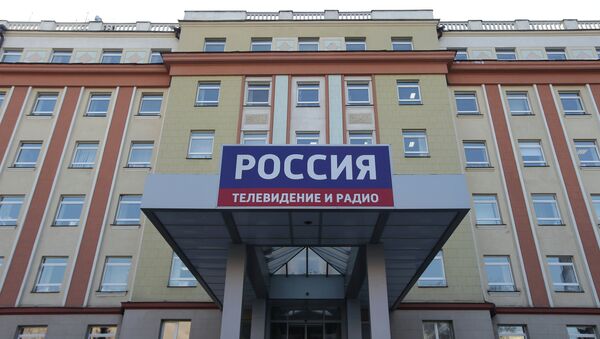 Earlier in the day, Digital Television Russia (DTR), a joint stock company of VGTRK and Rostelecom telecommunications provider, and India’s Prasar Bharati signed a Memorandum of Understanding (MOU) on the issue.

"This MOU is very strategically timed and this will go a long way in fostering the relationship between the two organizations and two of the largest nations of the world," C.K. Jain, the deputy director general at the Indian Doordarshan public service broadcaster, said.

According to him, the memorandum concerns three major aspects of cooperation: co-production, exchange of programs and training.

The partnership will focus on high quality production, marketing and distribution of content related to art, culture, trade and science, research and technology. The audience of the project is expected to be around 700 million people.