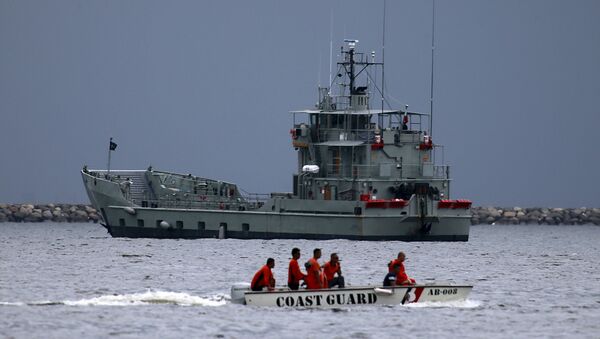 MOSCOW (Sputnik) —The army descended on the camp in the southern province of Sulu in an attempt to free 11 men held captive by the militants, according to reports. Gringo Villaruz and Allan Pagaling managed to flee the jungle camp separately on Wednesday night during a two-hour gun battle, the channel said.

"The heavy fighting gave them [the two men] the chance to escape because the Abu Sayyaf was focused on engaging our troops," Capt. Antonio Bulao said, as cited by the media outlet.

Philippines: We Can't Afford Full Military Boost Amid Disputes with China
The men, who were abducted in May along with another hostage who was later beheaded, sought refuge in a village about a mile away, Bulao added.

Some 15 Abu Sayyaf gunmen were killed in the attack, according to media reports.

Abu Sayyaf is known for carrying out kidnappings for ransom, often targeting foreigners and sometimes beheading captives if ransom is not paid. The militants aim to establish an independent Islamic state in the region.