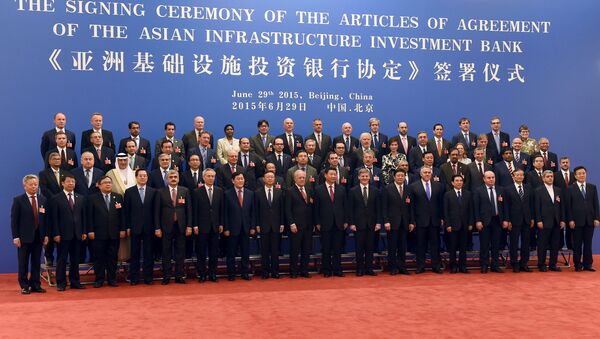 Russia's Ambassador to China said that Russia and China will be the only two countries nominating candidates to head the Beijing-led Asian Infrastructure Investment Bank (AIIB).

"We as a shareholder country have a good chance, as we hold the third place after China and India in terms of equity capital in the bank. In addition, we are a member of the Asian group of participants," Denisov told reporters.

On August 26, Georgia's capital Tbilisi will host a session of AIIB's board of governors, which is currently being formed, and the bank's head will be elected, the ambassador said.