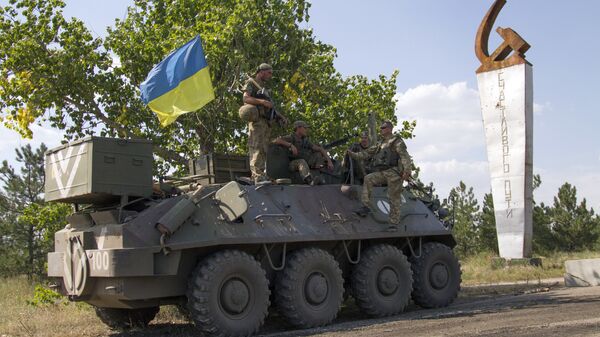 With the Minsk ceasefire agreements formally still in force, the situation in eastern Ukraine's Donbass region remains extremely tense amid reports about Kiev's mass troop deployments in the area.

This Means War? US Special Forces Prepare Ukraine's Army for Warfare
In violation of the Minsk ceasefire agreements, the Armed Forces of Ukraine has deployed heavy weapons and a large number of troops to the frontline in eastern Ukraine's Donbass region, Russian media outlets said.

The reports came amid intensified artillery shelling exchanges between the warring sides in the area, including near the city of Mariupol.

The Armed Forces of Ukraine has deployed a considerable number of men along the entire frontline, estimated to comprise of about 65,000 soldiers and officers of different subordination, level of training and motivation.

This number includes between 68 and 70 battalions, comprised of 26 battalion groups plus separate company units. 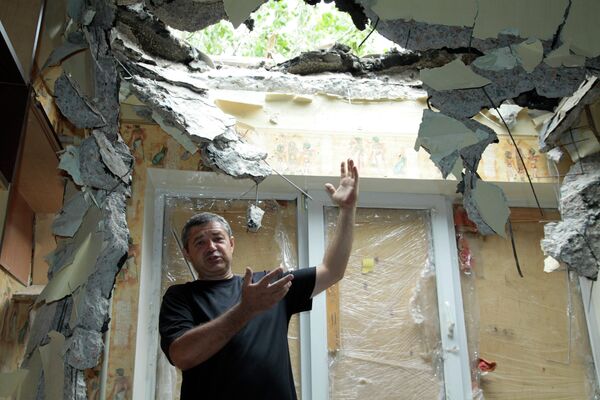 Given this development, the army's recent shelling of the village of Sartana on the outskirts of Mariupol can be seen as nothing more than an attempt to drill the interaction of these battalion groups. 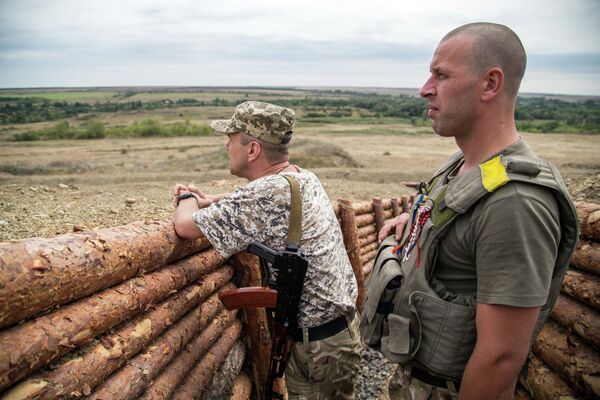 Ukrainian servicemen stand in a trench on the position of Ukrainian forces near Popasna, in the Donetsk region, on August 18, 2015
© AFP 2022 / OLEKSANDR RATUSHNIAK

The army's air assault troops are represented by the elite 80th brigade, which suffered heavy losses during fighting near Lugansk airport last year.

These troops also comprise the 122nd separate battalion and the 95th separate airmobile brigade and the 25th brigade, which is equipped with mothballed armored personnel carriers, including the BTR-70.

The battalion groups include a whole array of company units related to tank, artillery, marine and National Guard troops as well as special units of the Ukrainian Interior Ministry.

US Wants to 'Turn Ukraine Into New Pawn' on European Chessboard
All of these brigades form a 65,000-strong army, which includes more than 400 tanks, about 2,400 armored vehicles, 132 Grad multiple launch rocket systems and over 800 guns and mortars.

The current situation is reminiscent of autumn 2014, which also saw heavy shelling between the conflicting parties and the massive deployment of troops near the frontline.

Compared to last year, however, the situation on the current frontline remains more stable despite a spate of hot spots in the area and the increasing accumulation of troops and heavy weapons there.