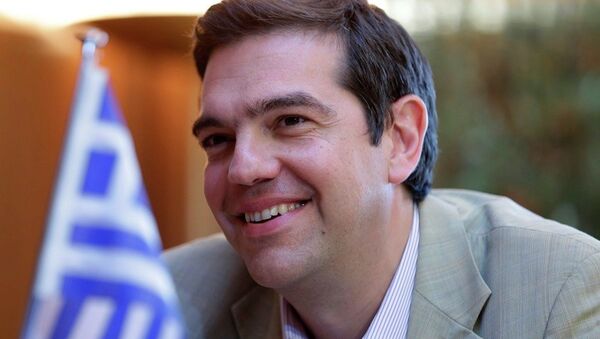 MOSCOW (Sputnik) — The "quartet" refers to the International Monetary Fund (IMF), European Central Bank (ECB), and European Commission, and a representative from the European Stability Mechanism.

"I am sending this letter to request the direct and full involvement of the European Parliament — as fifth actor in the context of the so-called 'creditors' quartet' — in the regular review process regarding the implementation of the loan agreement between the Hellenic Republic and the European Stability Mechanism and the accompanying policy conditionalities which substantiates the Euro Summit statement of 12 July 2015."

"I deem it politically imperative that the sole European institution with direct popular mandate acts as the ultimate guarantor of democratic accountability and compatibility of economic policy in Europe."

Greece owes more than $270 billion to its main international creditors, which are the International Monetary Fund, the European Central Bank and some Eurozone nations.

After months of negotiations, Greece and its international creditors agreed in July on a deal providing bailout for Athens in exchange for austerity reforms.