US to Move 50 Military Vehicles to Hungary 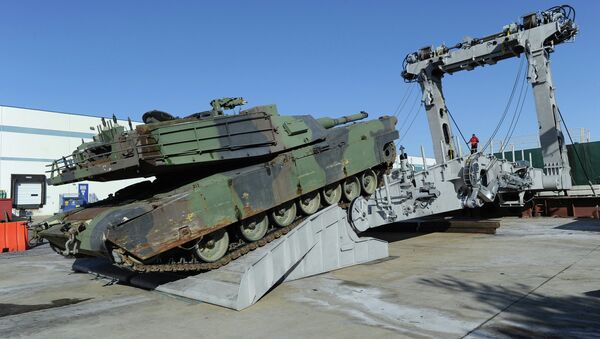 According to reports, United States plans to move 50 military vehicles to a base in the Hungarian north-western town of Tata.

'Going Big': US Deploys Tanks and Artillery to Bulgaria
MOSCOW (Sputnik) – The United States plans to move 50 military vehicles to a base in the Hungarian north-western town of Tata, Magyar Nemzet newspaper reported Wednesday.

According to the newspaper, the transfer of the vehicles, including four M1 Abrams tanks, is part of Operation Atlantic Resolve, an ongoing series of drills aimed at supporting NATO allies as a response to what the West considers to be Russian aggression in Ukraine.

NATO has also reinforced its military presence in the Baltic region since the conflict in southeast Ukraine broke out in April 2014. Since then, nearly 2,500 US Army troops have arrived in the region.

Moscow has repeatedly stated that NATO expansion toward the country's western frontier is a threat to global and national security.