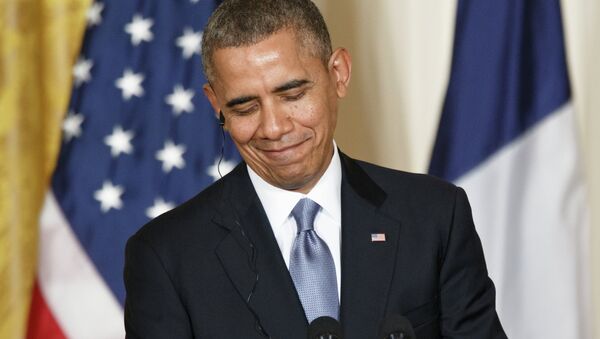 A Ku Klux Klan member planned to use a remote-controlled X-ray device, which he called "Hiroshima on a light switch," to kill Muslims and President Barack Obama, prosecutors told a jury on Monday.

Glendon Scott Crawford and another man were arrested in 2013 and accused of plotting to unleash radiation at a mosque in Albany, New York, and a nearby Muslim school.

N. Korea Threatens to Turn S. Korea Into 'Sea of Fire' Over Leaflets

In opening arguments at US District Court in Albany, a lawyer for Crawford, 51, said his client planned to abandon the plot in its initial stages, but that government undercover agents dragged him further into the scheme.

Luibrand claimed the device would have never been built if not for the government supplying the necessary components via "criminal" sources.

The judge ruled that prosecutors could show jurors the device, which was built from an industrial X-ray machine and electronic beam welders.

In a recording played in court, Crawford described himself as a KKK member, and he and his co-conspirator, Eric Feight, talked about their plan to attack the White House, Reuters reported.

Rodney Margolis, of the Jewish Federation of Northeastern New York, testified that Crawford tried to interest Jewish leaders in a "black-bag operation" that "would kill Israel’s enemies while they slept," Reuters reported.

Margolis alerted police, and the FBI in Albany began surveilling Crawford. The bureau used a confidential source to discuss Crawford's scheme with him, prosecutors said.

Crawford faces three charges, including conspiring to use a weapon of mass destruction.