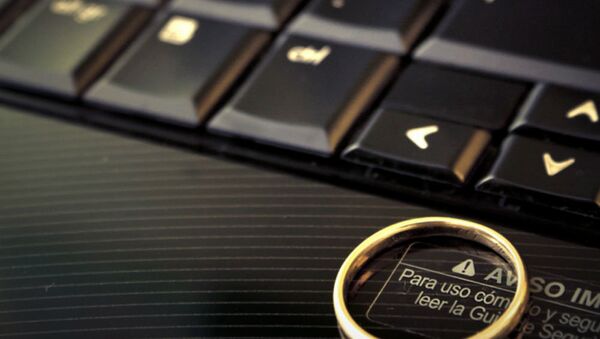 The Impact Team, a hacking group which made global headlines after their breach of the Ashley Madison website, have made good on their promise and dumped nearly 10GB of user data onto a .onion dark web address on Tuesday.

The website, aimed at finding affairs for married men and women made no attempts at hiding the goals of the site, using the tagline, “life is short, have an affair!”

“Ashley Madison is the most famous name in infidelity and married dating,” the Ashley Madison homepage reads. “Have an Affair today on Ashley Madison. Thousands of cheating wives and cheating husbands sign up everyday looking for an affair…. With Our affair guarantee package we guarantee you will find the perfect affair partner.”

Information included in the dump include account details, logins, associated email addresses, credit card, and other payment information of the nearly 40 million users on the site at the time of the hack last month.

“Avid Life Media has failed to take down Ashley Madison and Established Men,” Impact Team wrote in a statement along with the data dump. “We have explained the fraud, deceit, and stupidity of ALM and their members. Now everyone gets to see their data…. Keep in mind the site is a scam with thousands of fake female profiles. See ashley madison fake profile lawsuit; 90-95% of actual users are male. Chances are your man signed up on the world’s biggest affair site, but never had one. He just tried to. If that distinction matters.”

Users on 4Chan are already trolling through the trove of data and one user has already alleged to have found a list of email addresses associated with the British government, including an email address “tblair@labour.gov.uk”.

There are also reports of approximately 15,000 US.gov and.mil addresses in the searchable database.

The website did not require email verification however, and therefore users could have signed up using unsuspecting people’s email addresses- giving the cheaters a chance at plausible deniability.

While the hackers clearly seemed to have issues with the website’s lack of morals, their outrage also came from the owner’s lying to their users about removing their user data from the site for a one-time $19 fee.

“Too bad for those men, they’re cheating dirtbags and deserve no such discretion,” the hackers wrote in their initial announcement of the hack. “Too bad for ALM, you promised secrecy but didn’t deliver.”

You won’t find any sympathy for the users coming from the Impact Team, however.

“Find yourself in here? It was ALM that failed you and lied to you. Prosecute them and claim damages. Then move on with your life. Learn your lesson and make amends. Embarrassing now, but you’ll get over it,” they wrote.