Europeans in UK Do Not Need Dual Citizenship Despite Media Fearmongering 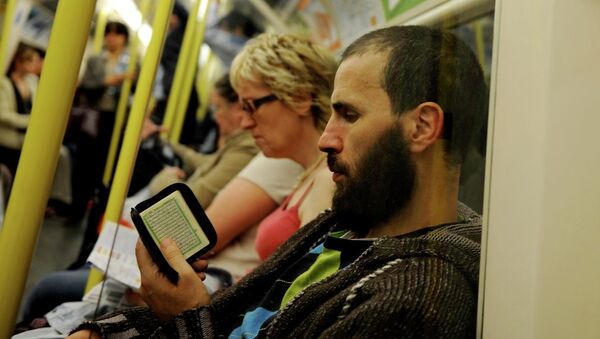 © Flickr / Tim Simpson
Subscribe
EU residents who have settled in Britain would not need dual citizenship despite a scare campaign by British media over the country's possible exit from the European Union, experts told Sputnik.

MOSCOW (Sputnik), Daria Chernyshova — On Monday, The Guardian published the results of a survey which found that 1,200 EU residents living in the United Kingdom were "in the process of changing nationality or citizenship, or considering doing so" fearing a possible out vote in Britain’s proposed 2017 EU membership referendum.

According to the survey, EU migrants in the United Kingdom fear the end of fast-track EU-only lines at passport control, the return of work permits for employees and tighter restrictions on studying and doing business in Britain.

Experts explain that under international law, Europeans' rights for free movement will remain in place even if Britain leaves the European Union.

He underlined that there would be "absolutely no change whatsoever" which means that those currently in the United Kingdom do not need to gain dual citizenship.

Political researcher and analyst Richard North agreed, stressing that the United Kingdom will not close its borders.

"It is inconceivable that the UK would go back to closed borders — the main aim of the 'No' campaign is to detach the UK from political integration in Europe — not to isolate us from the economic and social life of the continent," North told Sputnik.

North stated that the United Kingdom would retain reciprocal movement arrangements with most EU and EEA countries.

Richard North criticized The Guardian's poll, saying it is "the usual scaremongering we have come to associate with this newspaper."

"The issue has been rehearsed by our own Parliaments in a parliamentary briefing and should, therefore, be known to any competent journalist or editorial team writing for UK newspapers on this subject."

Oulds reiterated that those who have moved from one EU country to another, will find their their right of residency protected.

"This is a well-tested area of international law," Oulds said.

"Any suggestion the British citizens living in another EU state which suddenly have to reassess their residency, would have to get permission to stay, would have to get a new passport are completely misleading reports that have no basis in facts whatsoever. There is a lot of misinformation regarding immigration in the UK, and out of the UK to other EU states, and this is just scaremongering and this is not true."

Brexit to Have Neutral Effect on Business

"Overall then, there will be little change to the labour market. The main issue that the UK needs to address is the non-contributory benefits available to migrants — a situation which was never foreseen and which is unsustainable," North said.

He stressed that Brexit would have an overall neutral effect on business, and the aim is to continue trading arrangements unchanged.

Oulds agreed, noting that while the status–quo will be preserved for those working in the United Kingdom, it will be different for those attempting to come to Britain after the country leaves the European Union.

"Of course, after Britain has left the European Union, if someone wants to leave Poland and come to the UK, it would be a different matter, and they would have to be some agreement put in place that would either restrict or allow entry for new citizens to come and live."

Prior to the May 2015 general election, British Prime Minister David Cameron promised to hold a referendum on EU membership no later than December 2017. In July, British media reported that a vote could take place as early as June 2016.

Cameron has sought to renegotiate certain terms of the UK membership in the EU, particularly regarding immigration into the United Kingdom from neighboring EU member states.

Other key EU reforms Westminster would like to see include the flexibility to opt-out of further federalization within the bloc, amendments to entitlements for EU migrants, and a more lax approach to enforcing EU legislation by member-state parliaments.