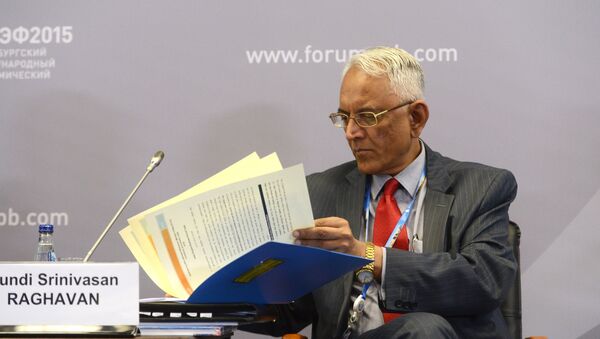 "The State Trading Corporation had expressed interest in long-term contracts for crude oil sourcing from Russian companies. We understand that direct contact has been established between the STC and major Russian oil and gas companies, who are now negotiating the terms and conditions of such contracts," Raghavan said.

Indian and Russian oil and gas companies are actively exploring cooperation in a broad spectrum of areas covering upstream, mid-stream and downstream projects, Raghavan said, expressing hope that negotiations will soon be followed by "concrete results."

The STC was established in 1956 by the Indian government to handle the import of goods into the country, including hydrocarbons.

An agreement on free trade between India and the Eurasian Economic Union (EEU) may be reached soon, as both sides seek an early conclusion of negotiations, Pundi Srinivasan Raghavan said.

The EEU and India began trade zone talks in July.

"It is too early at this stage to say when a Free Trade Agreement (FTA) can be expected, but I believe both sides are keen for an early conclusion," the ambassador said.

He added that the establishment of a free trade zone would contribute to closer engagement between the sides, being mutually beneficial and engineering a "quantum jump in our economic cooperation."