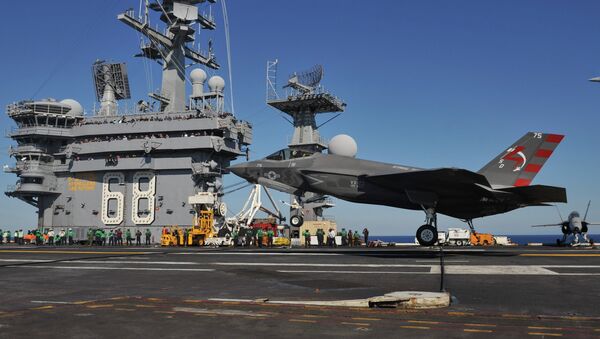 Don't be fooled by the sounds of champagne corks popping, there is nothing to celebrate about the newest F-35 stealth warplane whom defense analyst David Axe calls a "second-rate" fighter "seriously outclassed by even older Russian and Chinese jets" let alone cutting edge aircraft.

Good new, right? Not really. Axe is convinced that this does not matter because the aircraft is flawed at its core.

"The F-35 Joint Strike Fighter – a do-it-all strike jet being designed by Lockheed Martin to evade enemy radars, bomb ground targets and shoot down rival fighters – is as troubled as ever. Any recent tidbits of apparent good news can't alter a fundamental flaw in the plane's design with roots going back decades," the expert asserted.

Russia’s MiG-21 Would Rip Apart America’s F-35 – US Analyst
The main issue with this particular piece of military hardware is that it "is a second-rate fighter where it actually matters – in the air, in life-or-death combat against a determined foe."

The Pentagon is quite aware of this. A 2008 computer simulation conducted by two analysts at the RAND think tank unveiled the F-35's inferiority. It was one of the first wake-up calls the Defense Department should have listened to but preferred to ignore.

The RAND analysis showed that the F-35 is doomed when it comes to actual fighting when avoiding detection is no longer an option. Regardless of whether the simulation was 100-percent accurate or not, it exposed a serious flaw which had to be taken seriously.

The F-35 program is run by people who hate money, but are smart enough to know they can't just burn piles of it in the Pentagon parking lot. 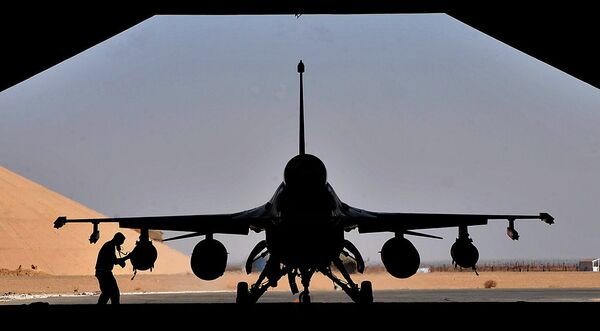 After all, the F-35 is the future of the US military aircraft fleet. It is meant to replace an array of other planes, including the F-16 and the A-10. And this is where the F-35's main flaw lies: to do this the new fighter had to be extremely versatile which inevitably led to a series of painful design compromises.

As a result, "the jack-of-all-trades [F-35] has become the master of none," Axe pointed out, adding that the jet "is neither as quick as an F-16 nor as toughly constructed as an A-10." 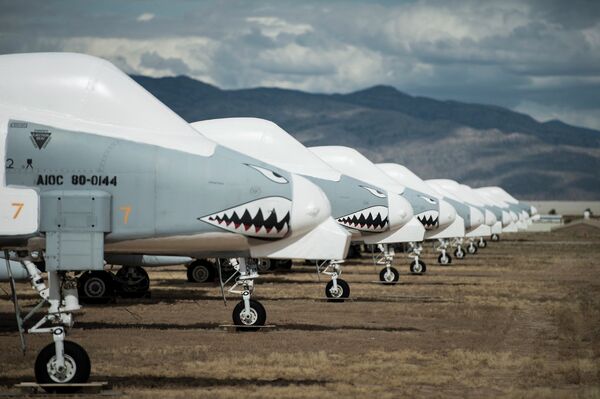 Fairchild Republic A-10 Thunderbolt II aircraft are seen stored in the boneyard at the Aerospace Maintenance and Regeneration Group on Davis-Monthan Air Force Base in Tucson, Arizona
© AFP 2022 / Brendan Smialowski

Air superiority, the US relies so much on, is likely in jeopardy if the F-35 becomes the basis of Pentagon's aircraft fleet. If so, the future will belong to the best fighter jets Russia and China have to offer. And there is no shortage of new models in various stages of development.

"Where once mighty American warplanes soared over all others, giving Washington a distinct strategic advantage against any foe, in coming decades the US air arsenal will likely be totally outclassed on a plane-by-plane basis by any country possessing the latest Russian and Chinese models – one of which, ironically, appears to be an improved copy of the JSF … minus all its worst design elements," the military expert stated.