Crimea Wanted to Hold Referendum in 1994, but Subdued by Kiev – US Media 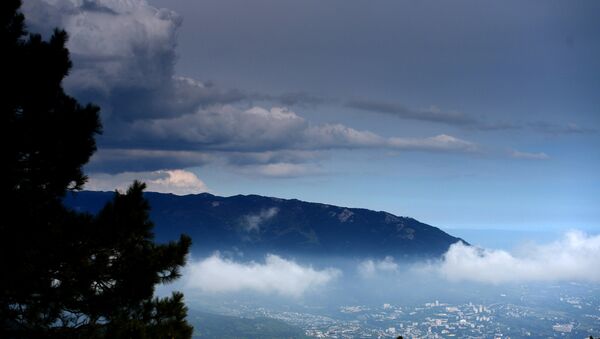 Residents of Crimea wanted to hold a referendum on self-determination 20 years ago, TV Channel Zvezda said, citing words of Yuri Meshkov, a former Ukrainian politician and the only President of Crimea.

Meshkov was elected as the President of Crimea on January 1994 winning more than 70 percent of the vote in run-off presidential elections. After winning the election, Meshkov promised to hold a referendum on Crimean independence in the spring of 1994. Furthermore, it was decided to make Russian the official language and introduce the ruble as the official currency in the peninsula, The New York Times reported in 1994.

The Ukrainian government in Kiev, then led by Leonid Kravchuk, was not happy with Meshkov's endeavors. Meshkov was forced to cope with political terrorism and assassination attempts due to his political stance, which was unfavorable for the government in Kiev. The first Crimean president had to travel with two bodyguards armed with machine guns, according to a New York Times article from 1994.

Crimea's 2014 Secession Referendum Was Legal – French Lawmaker
The people of Crimea were very much in support of the independence referendum in 1994.

"We need a change. Khrushchev gave the Crimea to Ukraine as a gift in 1954. You can give territory, any physical thing you like, but you can't give people. Crimea was and is Russian," an unnamed Crimean businessman was quoted by the New York Times.

"Russia has to help us somehow, give us rubles, something. After all, we're Russians," said Sasha Mochalko, a 21-year old police officer from Simferopol, as cited by the New York Times.

Eventually, Meshkov was arrested and taken to the court. The government in Kiev did everything to bring chaos into the peninsula, soldiers were brought in, while Meshkov himself was removed from his post and the position of the president removed. The outspoken politician himself later had to flee and could only return to his native Crimea last year, when his life was no longer in danger.

The New York Times article from 1994 gives a very different description of the situation: unbiased, objective journalism that back then the Western media was still capable of writing. The article's tone is that the Crimean people had a right for self-determination, as words, such as "re-unification with Russia" are used in the article.