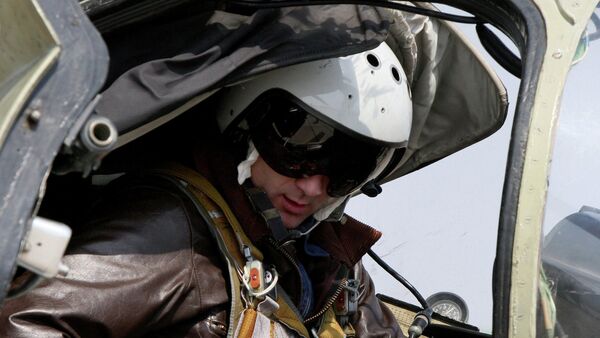 Several Russian IT-companies, specializing in the development of interactive technologies, offered their projects, the source said.

AR is a view of real-world environment in which some elements are "augmented" (or added/supplemented) by computer-generated sensory data, such as sound, video, graphics or GPS data. The technology allows people to see information and data that they normally wouldn't be able to.

The Russian Armed Forces and the country's defense industry have the best prospects so far. The new technology will be used to improve helmets of combat aircraft pilots, Rossiyskaya Gazeta said.

AR will allow pilots to have additional information on the windshield of their helmet, such as visuals from angles that they can't see. Moreover, combat pilots will be able to aim at their targets hand-free, simply using a turn of their head to immediately fire weapons.

The project is expected to be sold in several stages, gradually developing complexity of AR technology and expanding its functionality, said Sergei Garbuka, a high-ranking official from the Advanced Research Foundation.