US Bio Weapons at Russia's Doorstep? 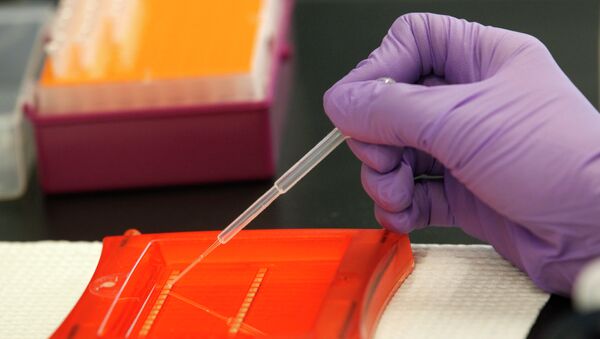 © AP Photo / Gerald Herbert
Subscribe
The Pentagon is building top security bio laboratories in the former Soviet republics, which can be used in the production of biological weapons.

North Korea Invites US to Visit Pyongyang, Look for Biological Weapons
Russia is worried by the Pentagon’s ongoing effort to set up a network of such maximum security bio laboratories in Georgia, Ukraine and Kazakhstan, a source with the Russian delegation at a meeting of experts from countries — participants of the international Convention on the Prohibition of the Development, Production and Stockpiling of Bacteriological (Biological) and Toxin Weapons and on their Destruction (usually referred to as the Biological Weapons Convention).

“Russia cannot ignore the creation by the US military of facilities which could be used, among other things, to develop biological weapons,” said the source, who was speaking on condition of anonymity.

According to Russian experts, the countries where such laboratories are being established lack the required biotechnological knowhow to make sure that the Americans working there will not be doing anything in contravention of the provisions set out by the BWC.

“Such laboratories take years to build and require considerable financial resources and the highest possible technology available today. Capable of building such facilities are extremely few and far between, that’s why we are in constant contact with these countries and also with our Kazakh partners, in everything pertaining to their cooperation in this field with the US military,” the source said.

“We believe that what the Americans are doing may eventually violate the provisions of the Biological Weapons Convention, he added.