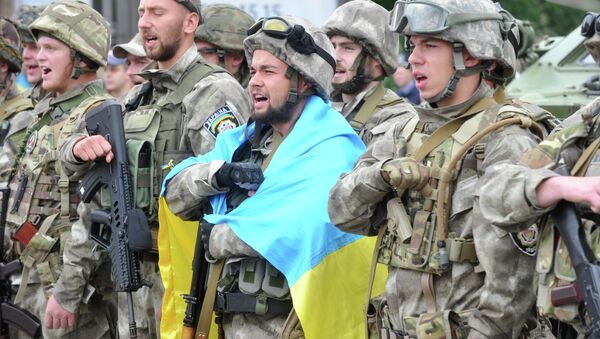 Ukrainian men, who due to their age might get drafted into the army, are converting to being pacifist Jehovah’s Witnesses, TV Channel Zvezda reported.

To avoid the war in Donbass, Ukrainian men are abandoning their native faiths and converting to Jehovah's Witnesses must refrain from engaging in any kind of war.

Ukrainian Military Tries to Mobilize Disabled Man With No Arms
The sixth wave of mobilization was launched on June 18 in connection with Kiev's continuing military operation against Donbass independence militias. Three days are left until the end of the mobilization process.

According to Ukraine's Deputy Defense Minister Petro Mekhed, there might be a seventh wave of mobilization.

The Ukrainian army suffered heavy desertion and nearly 30 percent of the servicemen called up during the first waves of mobilization abandoned their positions.

Ukrainian residents protested against the ongoing series of mobilization. Many travel to work abroad or reside at their relatives' in other countries. By the beginning of this summer, almost 1.3 million Ukrainian draftees lived in Russia.