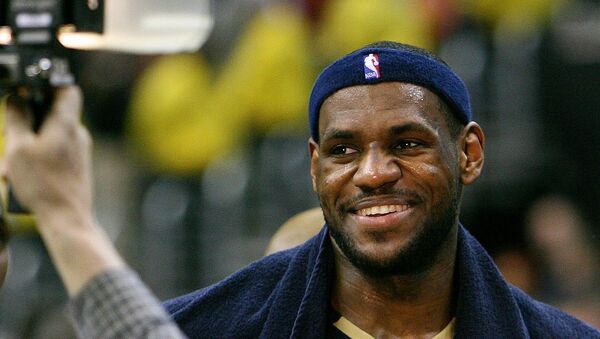 NBA superstar LeBron James is about to make life better for over a thousand kids, by promising to pay college tuition for every single one of them.

The famed Cleveland Cavaliers player made the announcement on Thursday on behalf of the LeBron James Family Foundation, that teamed up with the University of Akron and Chase Bank to make this possible. The scholarship giveaway will be a part of James' "I Promise" program he started supporting five years ago in his hometown of Akron, Ohio.

Oregon to Offer Students Tuition-Free Community College
"If you are one of LeBron's kids… we want to tell you you have a college scholarship waiting for you at the University of Akron when you graduate from high school," said University of Akron president Scott Scarborough during the organization's annual "family reunion."

Covering one thousand scholarships is quite the generous gesture, considering one year alone at the University of Akron costs around $9,500. That means, in order to sponsor 1100 children for four years, LeBron James will have to spend $41.8 million. That may seem like a lot of money, but the basketball star has no second thoughts about giving it to those who need it more than he does.

"As a kid growing up in the inner city and as an African-American kid, you don't really think past high school because it's not possible or your family can't support you," he told ESPN. "For us to be able to do something like this… it means so much."

Every single kid who finish my program will go to college for FREE! #Tryingtomakeadifference @LJFamFoundation

"If I can put 1,100 kids in college, that means I've done something where I can give back," James told NBC.

Of course, the tuition will be given to kids who meet certain requirements, like grade-point average and attendance record. But the first scholarships won't be given for another six years, which means kids still have enough time to work hard to qualify.

We are proud to partner with President Scarborough, @uakron & @Chase for our kids & their future #IPROMISE #LJFFCOE pic.twitter.com/2PLZCClU5f

The University of Akron recently announced it has renamed its College of Education after James' foundation.