Windows 10 May Jeopardize Personal Data Through Exchange With Microsoft 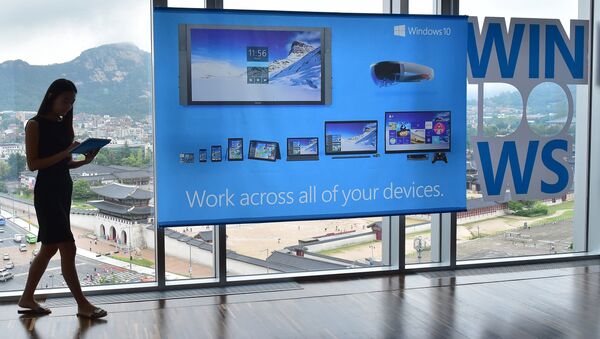 Windows 10 Spies on Almost Everything You Do, Unless You Opt Out
MOSCOW (Sputnik) – A data exchange between computers running Windows 10 and Microsoft may reveal a machine identification number, which enables the tracking of users themselves, the website said.

According to Ars Technica, Windows 10 is actively using the Internet to send requests to numerous Microsoft services, including the OneDrive cloud storage system, even if the service option had been turned off by the user. The outlet said the requests sent to Microsoft were likely to be telemetry settings, which reveal how the computer is being used.

Microsoft denies that there are any security risks for Windows 10 users.

"No query or search usage data is sent to Microsoft, in accordance with the customer's chosen privacy settings. This also applies to searching offline for items such as apps, files and settings on the device," Microsoft told Ars Technica.

Windows 10 has come in for criticism over privacy issues since its release on July 29, especially for sending users' personal information to Microsoft.