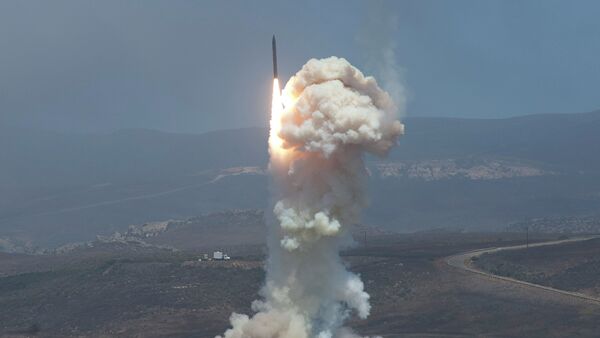 Despite spending billions on a state-of-the-art missile defense system, North American Aerospace Defense commanders have admitted that it would be largely ineffective in preventing an incoming attack. The solution? Adding an offensive element to that defense.

"We’ve made incredible strides in missile defense," Admiral Bill Gortney, head of NORAD and US Northern Command, said during a recent Space and Missile Defense conference, according to Breaking Defense.

Those successes include the development of an SM-6 interceptor capable of shooting down both cruise and ballistic missiles.

But those defense systems are expensive, which lead Gortney to another conclusion.

"Not only is it unaffordable, it will not work," he said. "We are going to lose this fight on our current strategy."

That’s because no matter how many pricey defense systems are purchased, it would never be enough to counter every potential threat.

So what’s a defense department to do? According to earlier assessments by outgoing Army Chief of Staff Gen. Ray Odierno and Chief of Naval Operations Adm. Jonathan Greenert, the solution is two-fold.

Firstly, NORAD could consider organizing a global network for quickly transmitting targeting data across various militaries and branches. That type of grid has been in the works for the past decade, with little to show for it. But a renewed interest could push the project forward.

"That was one of the things we think we need to really invest in [to] get firing-quality track data…for all the domains," Gortney. "We need to do that across DoD."

Such a network may not be far beyond the realm of possibility.

"We have the technology. The technologies are probably all out there," Gortney said, according to Breaking Defense. "It’s getting it aligned."

The second phase involves a strategy known as “left of launch.” Using targeting data, NORAD could identify incoming missiles before they’re launched, and initiate a preemptive attack on launch installations.

"When you really look at 'left of launch,' it does involve having a rather deep understanding of your adversary first and foremost…even before it [the missile] is on the launch pad," Gortney said. "If it’s going upright and it has a target that we care about in its system, to me we’re a bit late to the problem."

Moscow to NORAD Head: Yes, We Can Contain Your Missiles Better Now. Sorry.

"And that’s why the offensive capability of our whole military apparatus is important," he added.

While Gortney does not specify a threat that could potentially overwhelm NORAD’s capabilities, he did allude to growing Russian capabilities during a testimony before the Senate Armed Services Committee in March.

"Should these trends continue over time,” he said, “NORAD will face increased risk in our ability to defend North America against Russian air, maritime and cruise missile threats."