Bring Back Border Control: German Police Ask for Help to Deal With Migrants 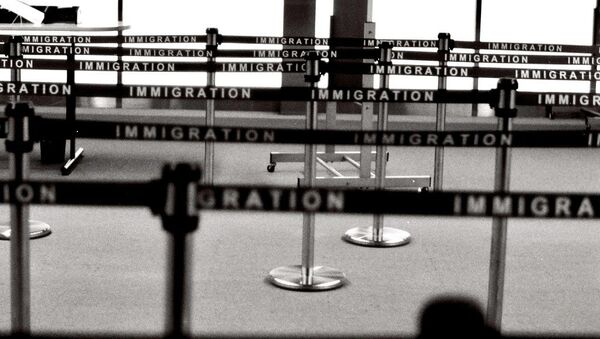 Police in Germany have reignited the EU debate on immigration and freedom of movement by suggesting that internal European border controls should be reintroduced to help manage the influx of migrants arriving in the continent.

Europe’s Migrant Crisis: Bordering on Madness
Rainer Wendt, chairman of the German Police Union (DpolG), has called for extra resources to be deployed to help officers carry out spot checks of people travelling on inter-EU trains, highways and planes, labeling the situation near the German-Austrian border as "catastrophic".

He also suggested that inter-EU border and passport controls should be re-established to help manage the increased number of refugees traveling to Germany and to assist with catching criminals. Wendt told the newspaper Passauer Neue Presse:

"From a policing point of view, a return to border controls would be the best of all measures. Germany should not take the threat of bringing back controls off the table too readily."

The comments are sure to raise concerns among EU officials, with fears that a return to border controls among Schengen zone countries will directly call into question the EU’s principle of free movement and further inflame tensions over Europe’s migrant crisis.

Record number of #asylumseekers in Germany: army called in to help setting up tents and beds http://t.co/ynwHQYaZad pic.twitter.com/X1O5gGN09H

Europe previously abolished passport controls between the 26 Schengen zone countries — consisting of continental EU states and Switzerland — however there have been growing calls for stricter controls to be brought back as many countries have struggled to provide adequate resources and basic services for the influx of refugees.

The reintroduction of border crossings would also allow countries to refuse entry to refugees and turn them back to the country from which they first entered the EU, where they would then have to apply for asylum under.

However, critics have been vocal in their opposition to such laws, arguing that it is unfair on members states on the periphery of the bloc, with countries like Greece, Italy and Hungary ultimately forced to process a greater number of asylum claims.