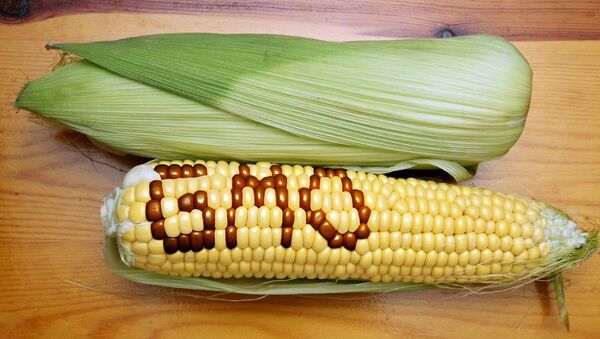 A decision by Scottish authorities to ban the growth of genetically modified (GM) crops in the country was welcomed by environmentalists but has caused backlash among farmers.

He added that officials would sign a document requesting to exclude Scotland out of any Eurozone consents on the growing of GM crops, including those which have not been authorized within EU yet.

Lochhead explained the possible move is designed as to more highly value Scottish agricultural products for their “natural, high quality,” and cultivation of GM crops would possibly harm the economy.

"There is no evidence of significant demand for GM products by Scottish consumers and I am concerned that allowing GM crops to be grown in Scotland would damage our clean and green brand, thereby gambling with the future of our £14bn food and drink sector,” Lochhead told BBC.

The announcement of the possible ban to grow GM crops followed the EU’s new amendments on rural economy laws, which were instated earlier this year.

US House Votes Against Mandatory GMO Labeling
Under the current union’s legislation, cultivation of GM crops should be authorized and attached to a particular area within the Eurozone. The amendments permit EU countries and devolved administrations to decide on their own whether to cultivate genetically modified organisms on their territories or not, the Scotsman reported.

The director of the environmental organization Friends of the Earth Scotland, Richard Dixon, praised the decision of the Scottish government to ban producing genetically modified agricultural products.

"The Scottish Government has been making anti-GM noises for some time, but the new Tory Government has been trying to take us in the direction of GM being used in the UK, so it is very good news that Scottish ministers are taking that stance… It is certainly in Scotland’s interests to keep GM out of Scotland," Dixon told the Scotsman.

What’s Behind the GMO Label?
© Sputnik

Despite Scottish environmentalists support for the ban, the country’s farmers criticized the Lockhead initiative, noting that it would eventually allow other EU states to take advantage of Scotland in agriculture.

"[T]his is simply going to make us less competitive. It means that other countries that are going to adopt this – and I would call it biotechnology rather than GM – and that will affect our efficiency and our farmers’ ability to compete with our neighbours," Andrew McCornick a vice-president of the National Farmers Union of Scotland (NFUS) told the Scotsman.

Scott Walker, the chief executive of NFUS, also said that embracing GM technology in some cases is useful and safe for the environment and added that Scottish government should apply innovations in order to make the agricultural sector of economy competitive comparing to that of country’s neighbors.